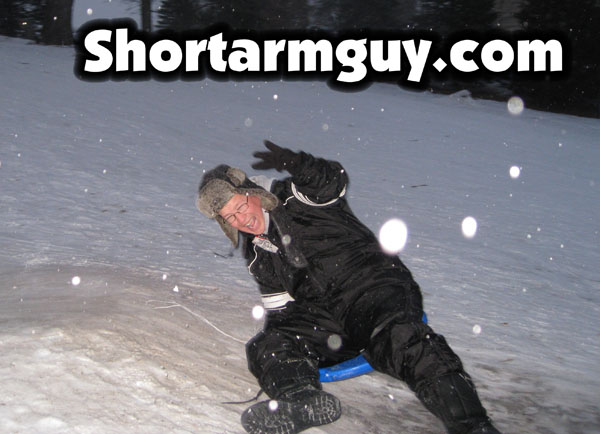 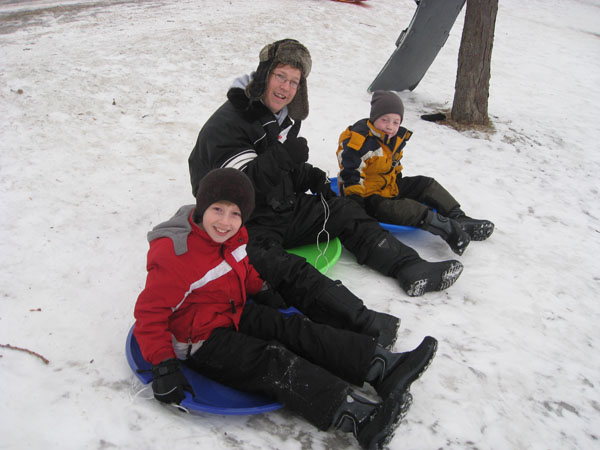 After spending a week in Texas, we’ve been really questioning our choices of living in Minnesota especially considering the crazy winter we’ve been having.  Then we remembered that unlike our family members down South, we have the option to go sledding!  And the world felt right again! 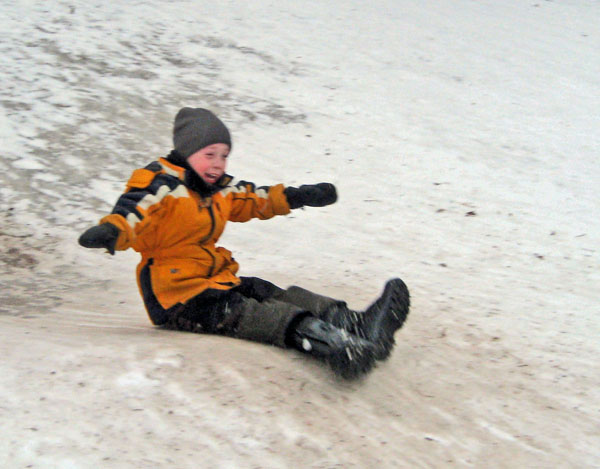 The boys were excited to discover that the hill was so covered with ice that they didn’t even need to use a sled! 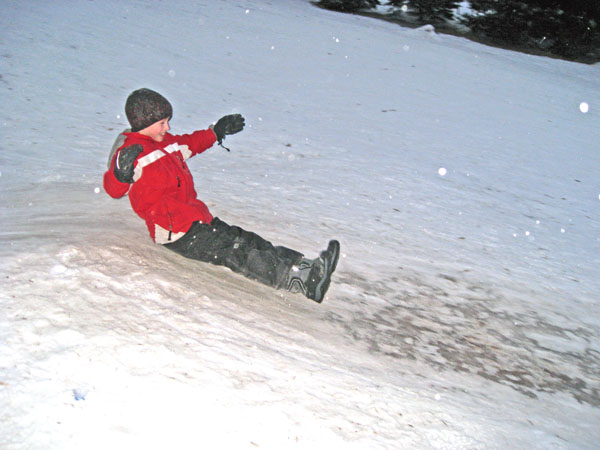 Avery liked to build up extra speed before he went down so he’d get some air on this jump and then land hard on the ice below.  It’s nice that the true value of the tail bone as an important body part isn’t really recognized until much later in life.

This is a video I made of our little sledding trip.  It’s not that thrilling. 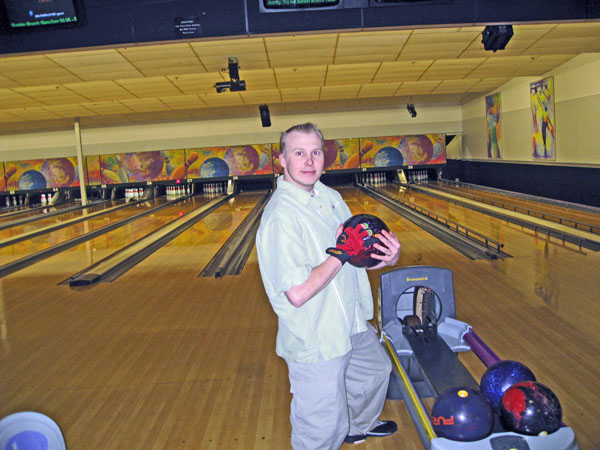 On Friday afternoon, I spent my lunch hour bowling with my co-worker, Nick Forga.  Nick is a semi-professional bowler who placed in the top 1100 of the 57,000 people who went to the Bowling Nationals last year.  Needless to say, I don’t think my 112 average intimidated him all that much. 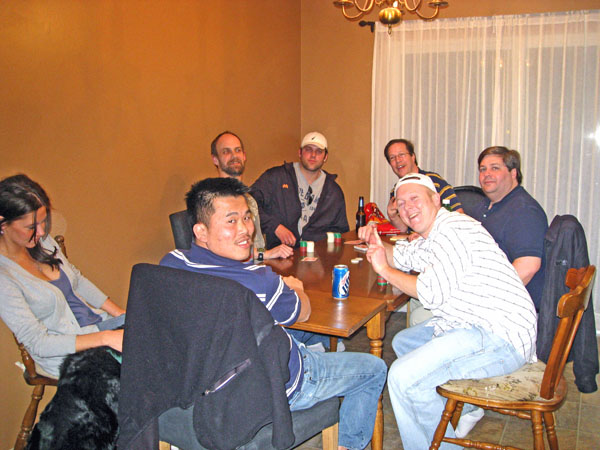 On Friday night, a group of the guys gathered at Rob Bauer’s house for a little Texas Hold ‘Em tournament.  Naturally, my skills as a card shark led me to be the first one eliminated from the tournament.  But it was a bunch of fun watching my friends play for the next couple of hours! 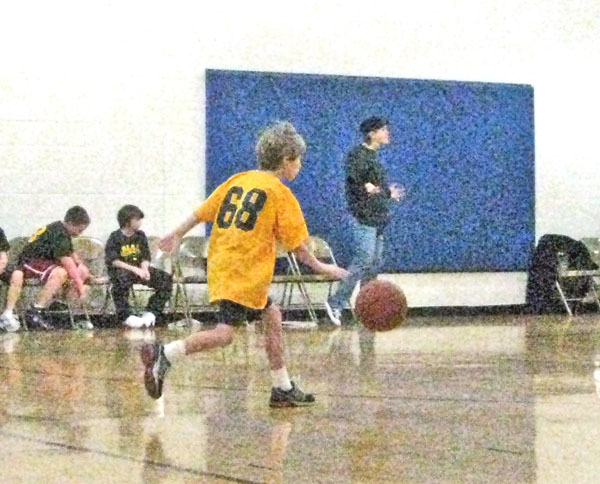 Avery has been practicing basketball for the past month or so, but his first game wasn’t until Saturday.  We were impressed to discover that his team is pretty darned good winning their first of the season by a score of 19-4.  Unfortunately, none of those baskets were scored by Avery but we were happy to see him out there working hard setting picks for his team-mates and pulling down some rebounds.  His Michael Jordan moments will come some day. 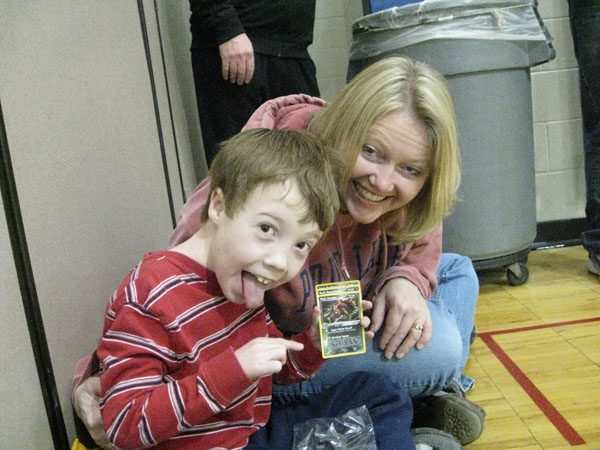 We received a call from Dr. Singh on Wednesday regarding the results of Luke’s 24 hour heart monitor that he had to wear last week.  Luke was very happy to hear that he is not going to need to get a Pacemaker in the immediate future.  Dr. Singh said that Luke’s heart rate looked “reasonable” and that we don’t need to rush anything.  He said we can just let Luke continue to have fun and grow for the time being and we’d reevaluate where we are at his next appointment in 6 months.  Needless to say, we all breathed a sigh of relief that we don’t need to do it right away! 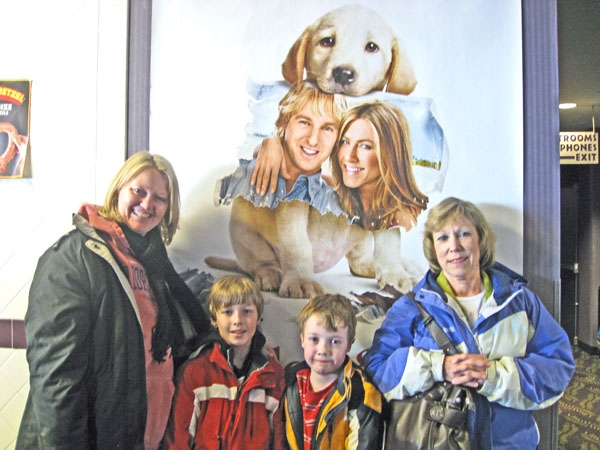 On Saturday afternoon, we all went to see the cheerful movie Marley and Me.  We haven’t had this much fun since our beloved dog Rudy died. 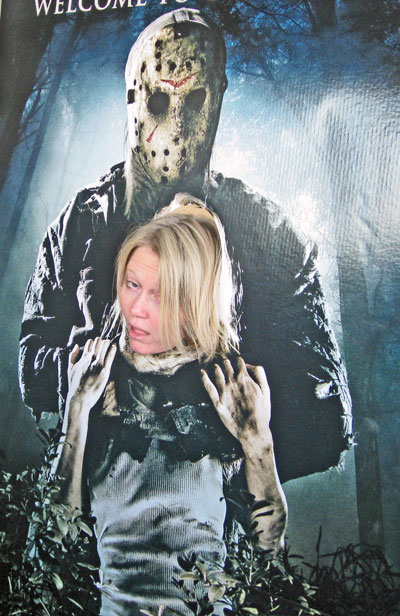 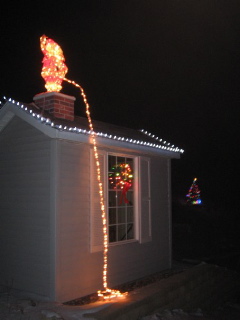 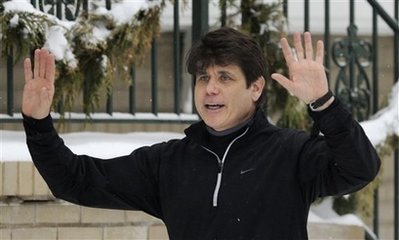 Apparently, Governor Blagojevich is a fan of Shortarmguy.com 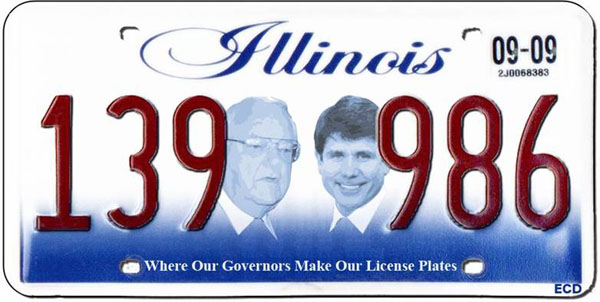 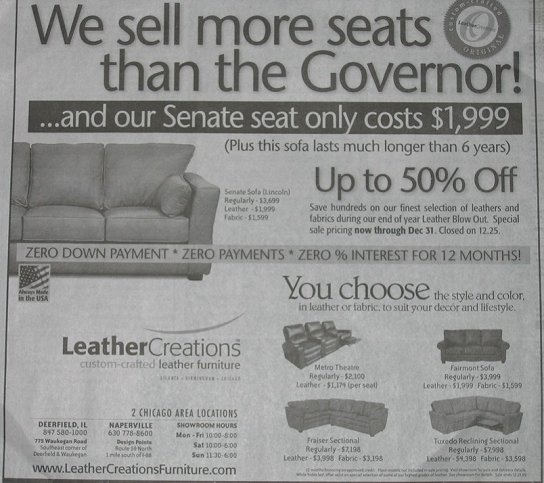 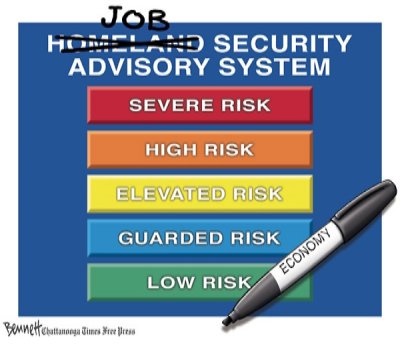 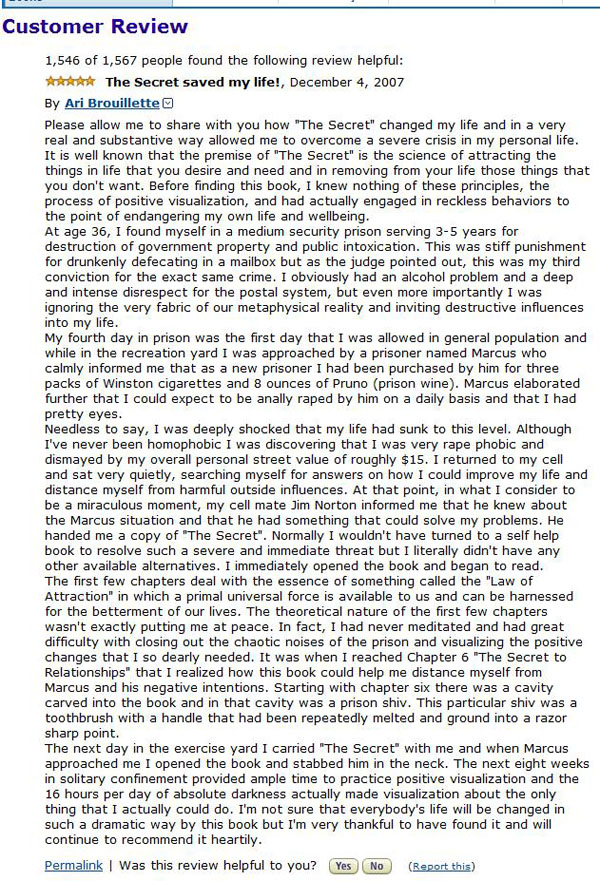 Best Amazon Review for The Secret 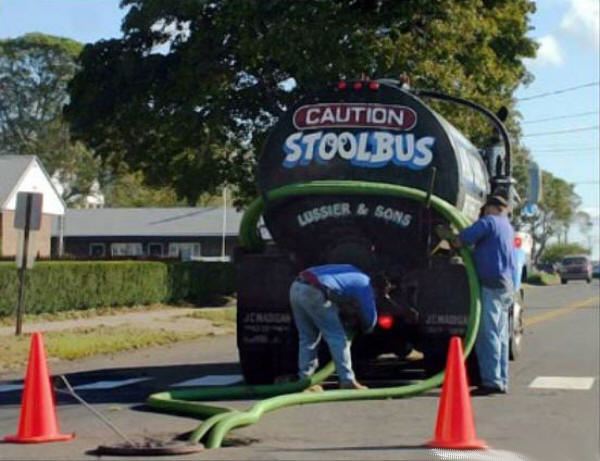 Watch out for this one… 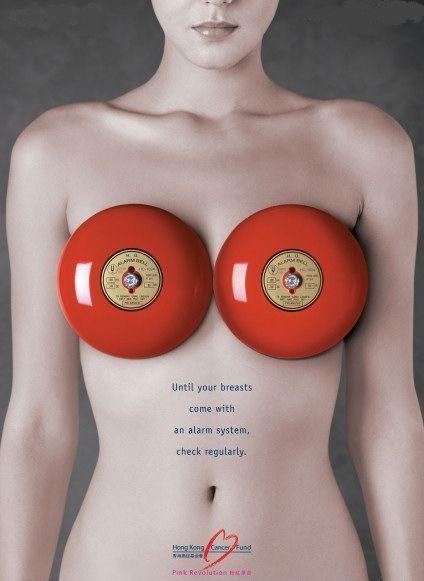 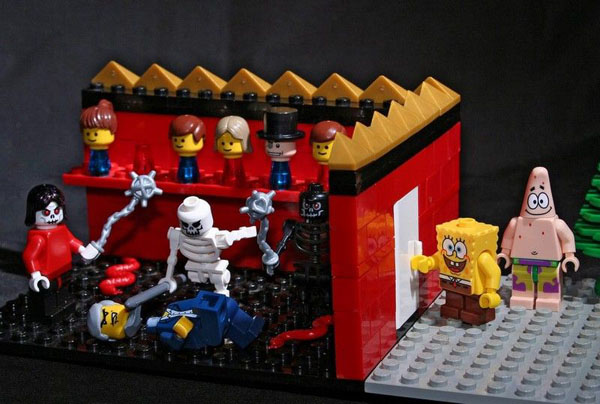 Honey, I’m worried about the kids.

“The best way to escape from a problem is to solve it.”

Yesterday I had a flat tire on the interstate.  So I ease my car over to the shoulder of the road, carefully get out of the car and open the trunk.

I took out 2 cardboard men, unfolded them and stood them at the rear of my car facing oncoming traffic.  They look so lifelike you wouldn’t believe!  They are in trench coats exposing their nude bodies and private parts to the approaching drivers.

But to my surprise, cars start slowing down looking at my lifelike men.

And of course, traffic starts backing up.  Everybody is tooting their horns and waving like crazy.  It wasn’t long before a state trooper pulls up behind me.

He gets out of his car and starts walking towards me.  I could tell he was not a happy camper!

‘My car has a flat tire’, I said calmly.

‘Well, what the hell are those obscene cardboard men doing here by the road?’

I couldn’t believe that he didn’t know.  So I told him,

‘Helloooooo, those are my emergency flashers!’

“A lot of people selling into businesses have been telling people to avoid Vista,” said Todd Swank, vice president of marketing for Nor-Tech, a Burnsville, Minn.-based system builder. “Almost everyone who’s buying hardware is doing downgrades [to XP]. Microsoft really does want people to go to Vista then to Windows 7, but what else would they say?”

1. Take a 10-30 minute walk every day. And while you walk, smile.  It is the ultimate antidepressant.

2. Sit in silence for at least 10 minutes each day.

3. Buy a DVR and tape your late night shows and get more sleep.

7. Make time to practice meditation and prayer.  They provide us with daily fuel for our busy lives.

9. Dream more while you are awake.

10. Eat more foods that grow on trees and plants and eat less food that is manufactured in plants.

12. Try to make at least three people smile each day.

13. Clear clutter from your house, your car, your desk and let new and flowing energy into your life.

14. Don’t waste your precious energy on gossip, OR issues of the past, negative thoughts or things you cannot control. Instead invest your energy in the positive present moment.

15. Realize that life is a school and you are here to learn. Problems are simply part of the curriculum that appear and fade away like algebra class but the lessons you learn will last a lifetime.

17. Smile and laugh more. It will keep the NEGATIVE BLUES away.

19. Life is too short to waste time hating anyone.

20. Don’t take yourself so seriously. No one else does.

21. You don’t have to win every argument. Agree to disagree.

22. Make peace with your past so it won’t spoil the present.

23. Don’t compare your life to others’. You have no idea what their journey is all about.

24. No one is in charge of your happiness except you.

25. Frame every so-called disaster with these words: ‘In five years, will this matter?’

26. Forgive everyone for everything.

27. What other people think of you is none of your business.

28. Remember your God heals everything.

29. However good or bad a situation is, it will change.

30. Your job won’t take care of you when you are sick. Your friends will. Stay in touch.

31. Get rid of anything that isn’t useful, beautiful or joyful.

32. Envy is a waste of time. You already have all you need.

38. Remember that you are too blessed to be stressed.

39. Enjoy the ride. Remember this is not Disney World and you certainly don’t want a fast pass. You only have one ride through life so make the most of it and enjoy the ride.

40. Please share this with everyone you care about.  I just did.

May your troubles be less, May your blessings be more, May
nothing but happiness come through your door!