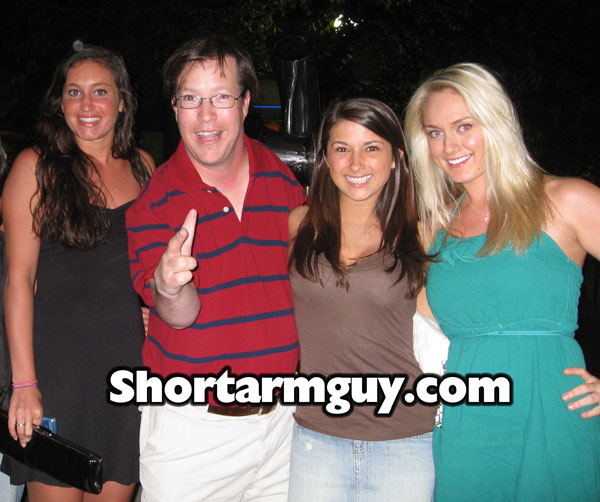 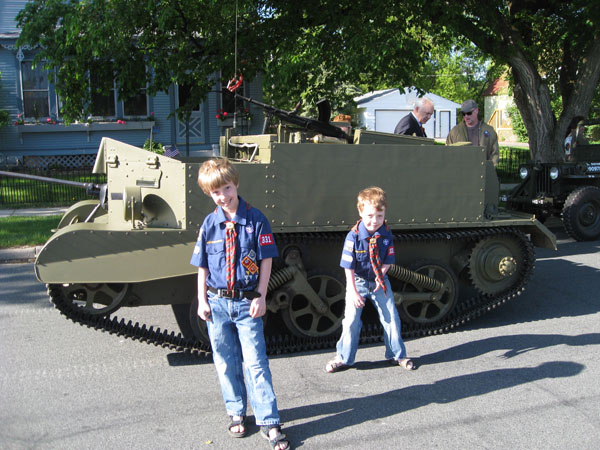 We woke up bright and early on Memorial Day to join the Cub Scouts for their annual march in the Prior Lake Memorial Day Parade.  Although I tried to explain to the boys that we were doing this to honor the men and women who bravely gave their lives for our freedom, they seemed to mainly enjoy seeing the old army vehicles that followed behind us in the parade. 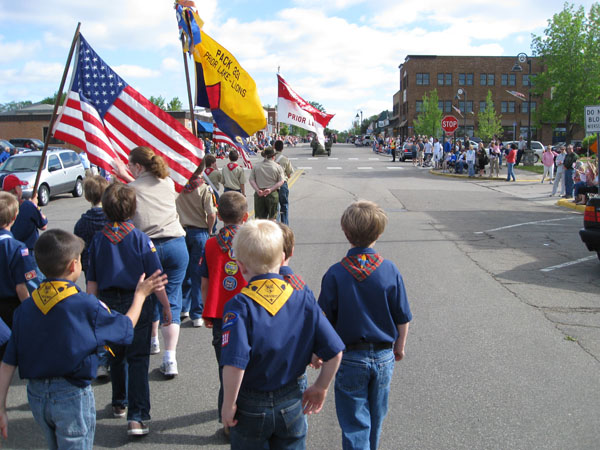 Once we got started marching the boys were excited to start throwing candy at the crowd.  I told them that it wasn’t that kind of parade, but they were more than welcome to smile and wave at people in the audience.  They didn’t think that sounded very thrilling.  They much prefer trying to pelt unsuspecting kids with pieces of candy while walking by them. 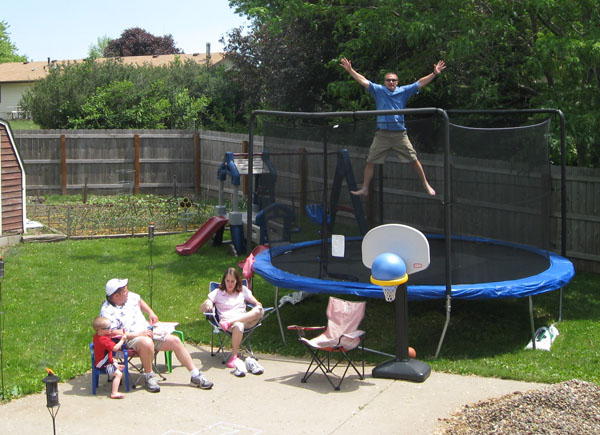 On Saturday morning, I drove down to Iowa City to my friend Ron “Sugarman” Myer’s house.  Ron is a little bit strange for the fact that whenever he has company over to visit, he climbs into his trampoline and jumps up and down while madly waving his arms in the air.  He won’t talk to anyone instead he just keeps bouncing and squealing in glee.  After about an hour of watching him do this, Jason and I finally were able to catch his attention long enough to tell him it was time to leave. 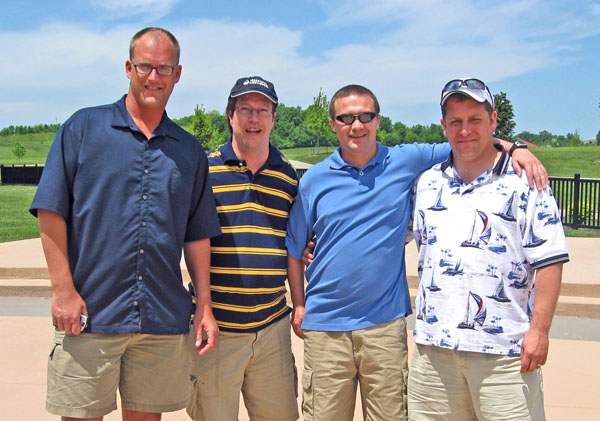 The reason for my trip was to join the fellows for a rousing game of golf at the new Blue Top Ridge Golf Course at Riverside Casino.  This is a very challenging PGA caliber course featuring the longest hole in the state of Iowa which is 665 yards from the farthest tee!  As much as I’d like to say I played a great game of golf, that would be a complete lie.  I really stunk up the joint. 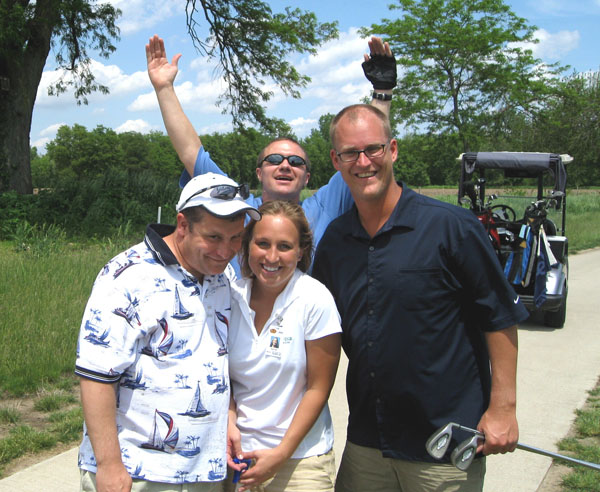 Even though the golf for me wasn’t the greatest, we did have a beautiful sunny day and a really great time.   A good part of the reason for that was our new friend, Katie, who drove the beverage cart and made many, many visits to our foursome.  It seemed like with every visit she made to us, my golf game progressively worsened.  But my level of caring also went down in about the same proportion, so it all worked out pretty good in the end. 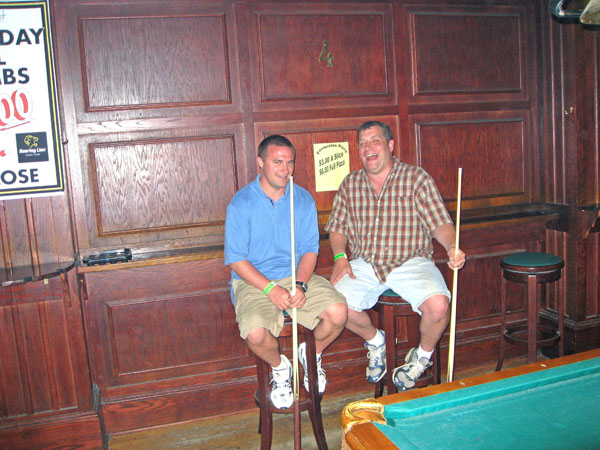 After a day of golf and trampoline bouncing, we went down to College Street Billiards for some rousing matches of pool.  Normally we try to keep large sticks out of Jason’s hands after a day of drinking in the hot sun, but we figured this was a special occasion so we’d make an exception.

Our old buddy, Lincoln “Loghead” Allen, joined up with us later in the evening.  Lincoln had a particularly good time telling people about my website and recent Miami Ink appearance.  He was able to leverage his tales about Shortarmguy.com into several rounds of free drinks for us.  He also arranged several photos of me with a wide variety of young college girls who were excited at the prospect of appearing on my website.  Ahhhh, the sacrifices I make for my friends! 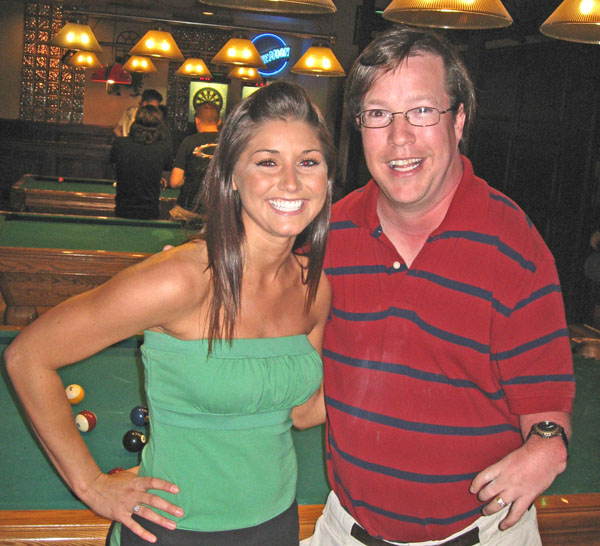 This is McKenzie.  She was our waitress for the evening and took really good care of the crew.  After Lincoln told her about my site, she approached me and requested to have this photo taken of the two of us together.  Since she had such a pleasant personality, naturally I just had to oblige.  Note to self:  I need to start hanging out with Lincoln more often. 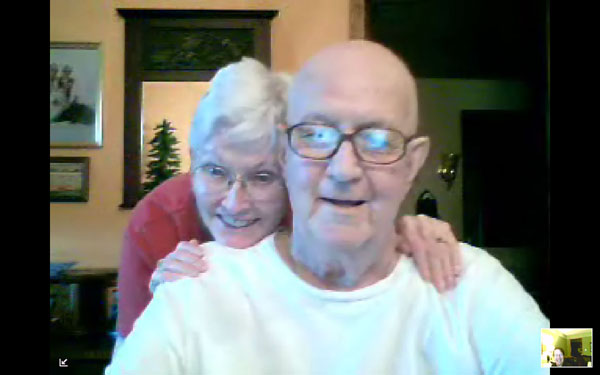 Not too much new with my father lately.  This photo was from a video call we did earlier this week.  Dad has been home in Branson, Missouri for the past couple of weeks resting and recovering from his latest round of chemo.  He’s scheduled to go back to Houston this week to discuss next steps.  As always, thanks to everyone for all of their prayers and support regarding my dad!

How the Ugly Duckling was Created!

Bad Day Going To The Lake! 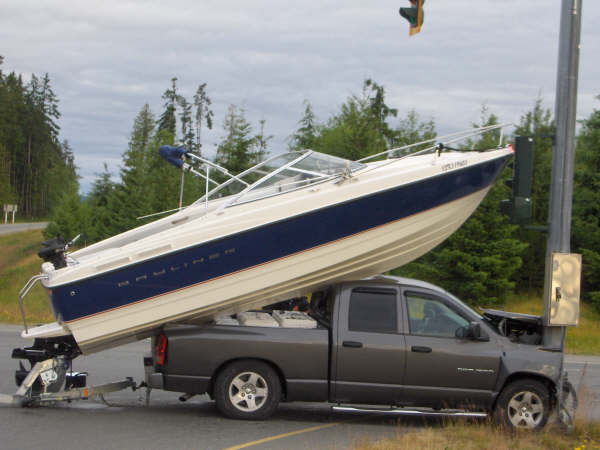 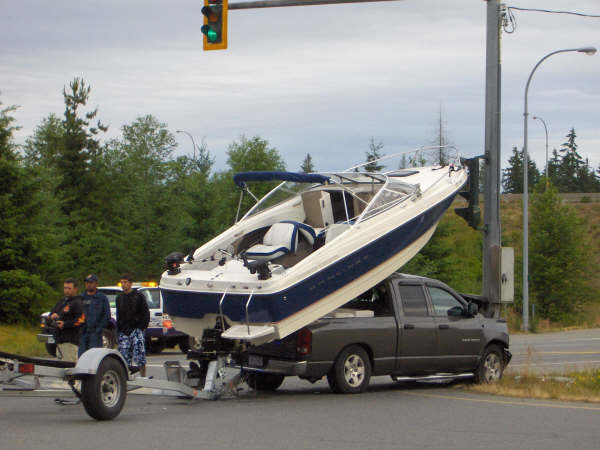 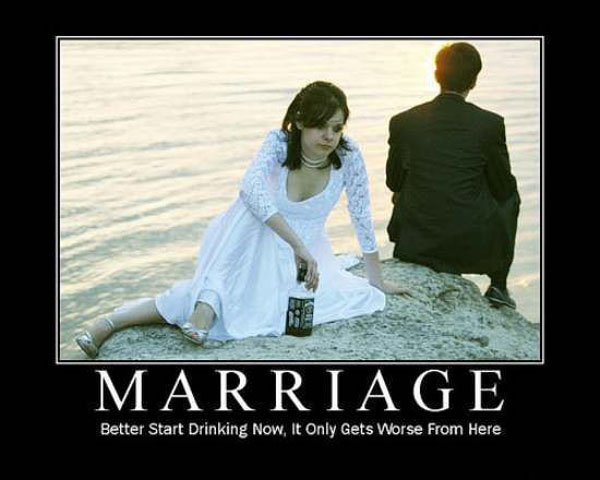 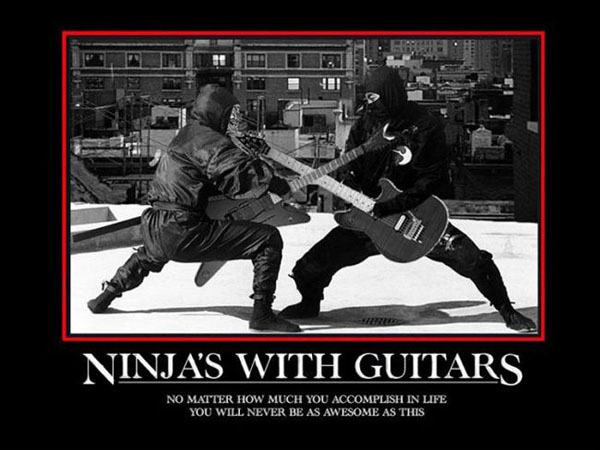 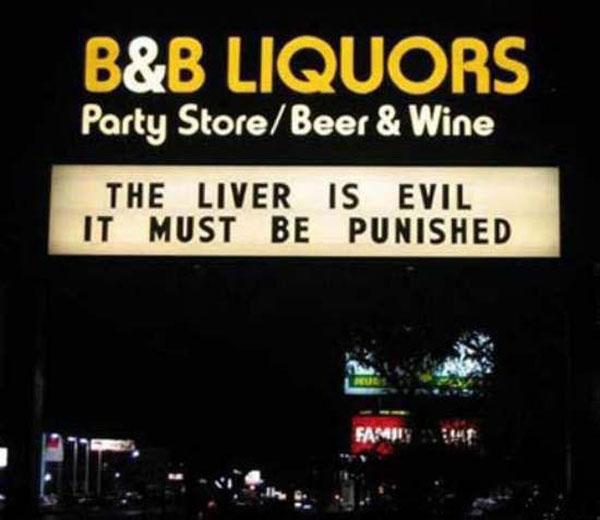 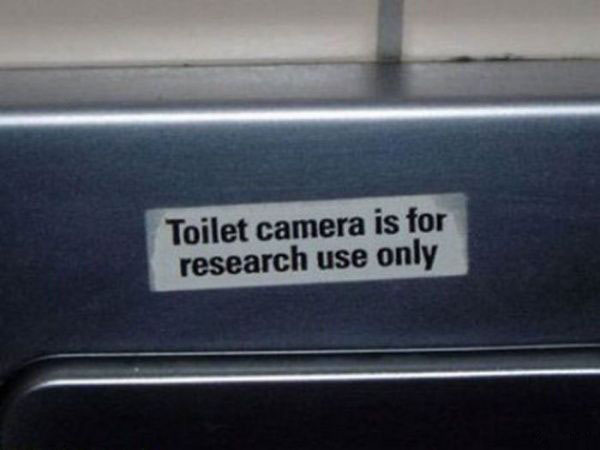 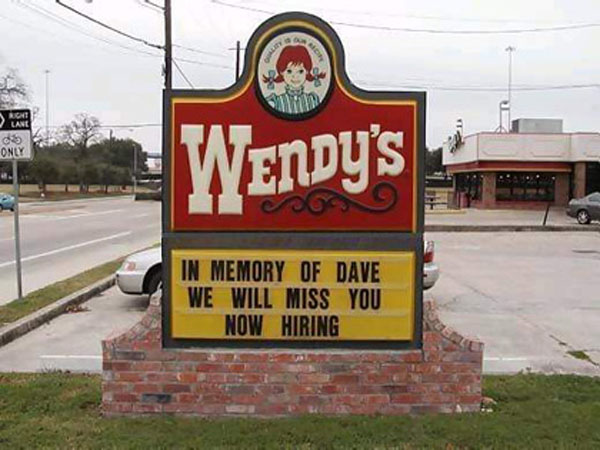 Don’t Ever Fart In A Rubber Suit! 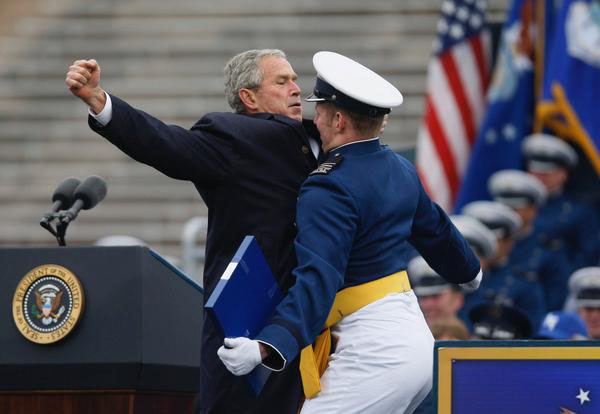 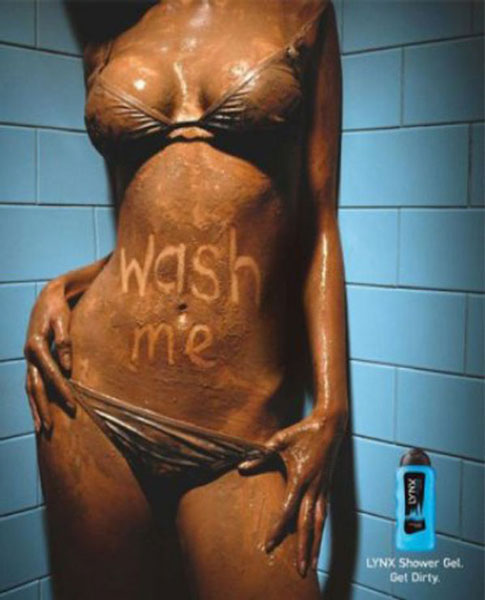 “Always bear in mind that your own resolution to succeed is more important than any other one thing. “

Morris and his wife Esther went to the state fair every year, and every year Morris would say,

One year Esther and Morris went to the fair, and Morris said, ‘Esther, I’m 85 years old. If I don’t ride that helicopter, I might never get another chance.’

The pilot overheard the couple and said, ‘Folks I’ll make you a deal.  I’ll take the both of you for a ride. If you can stay quiet for the entire ride and not say a word, I won’t charge you! But if you say one word, it’s fifty dollars.’

Morris and Esther agreed and up they went. The pilot did all kinds of fancy maneuvers, but not a word was heard. He did his daredevil tricks over and over again, but still not a word.   When they landed, the pilot turned to Morris and said,

‘By golly, I did everything I could to get you to yell out, but you didn’t. I’m impressed!’

Morris replied, ‘Well, to tell you the truth, I almost said something when Esther fell out, but you know, fifty dollars is fifty dollars!’

I love your site!! Have been to it many times. I seen you on Miami Ink and thought you have a great way of looking at life.

My mother had polio as a child and has one short leg and no real muscle in it but she may not be as easy to notice but she has your way of looking at life and people who stare. I wish you the best of luck !!!

Thank you for your site.  It never fails to make me laugh.  By the way, I was really touched by the story of the little boy with “short arms” that found comfort in seeing someone like himself.  Kids can have a really hard time feeling different and to see they can grow up to be just like any other successful adult must really help.  As a mom of two, I thank you for that – for being a good role model.  P.S.  Your own kids always look so happy in the pictures – you must be a great dad too!

Hi there, love your site..good for a chuckle. Thought you might like
this pic that was taken close to spring way up here in New Brunswick,
Canada. They are all on a public walking trail, pretty much in town.
Guess they know it’s not hunting  season, lol 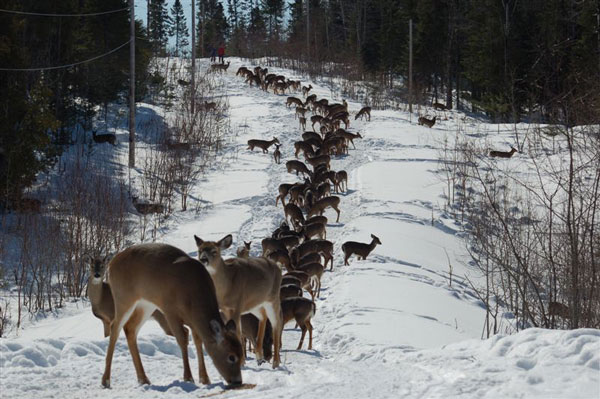 The Longevity Game — Want to know how long you’re going to live?

Why every guy should buy their girlfriend Wii Fit.

Shortarmguy Quotes in the Press

Todd Swank, vice president of marketing at Nor-Tech, a Burnsville, Minn.-based system builder, believes that Microsoft is playing its cards close to the vest with Windows 7 so as not to cut into potential Vista sales.

“They don’t want to steal momentum from Windows 7, because people are obviously going to be excited about the upcoming release in light of the challenges associated with the transition from XP to Vista,” said Swank.

Todd Swank, vice president of marketing at Nor-Tech, said that demand for custom storage in general is growing fast.

“We want to look at what applications customers will integrate with our storage, and what features we need to offer,” Swank said. “We don’t have the size and marketing dollars to compete against companies like EMC (NYSE:EMC).”

The bulk of custom storage sales for those builders, however, comprise more industry-standard products.

“As a company, we have to have a base offering,” he said. “Each customer has specific requirements. But it’s still nice to point to a base product. We tell customers, ‘Here’s what we have, what do you want that’s different?’ We’re not rigid in our product offerings.”

Todd Swank, vice president of marketing at Northern Computer Technologies, a Burnsville, Minn.-based custom system builder, said he sees manufacturers who ask his companies to add bloatware all the time. “It must be effective,” he said. “Manufacturers pay to put it in there.”

Some vendors are risking losing business by installing too much of the free software. “They like the revenue opportunities,” he said. “But they don’t care about the user experience. It doesn’t show up on the bottom line.”

But for custom system builders, bloatware is a welcomed “feature” on name-brand systems, Swank said. “One thing that differentiates systems builders is that we don’t load it,” he said.

May 26, 2008, CRN, Bloatware Not In Custom System Builders’ Lexicon

A Tribute To Dads

* 4 years old ~ My daddy can do anything and he plays with me a lot.

* 10 years old ~ In the olden days, when my dad grew up, things were sure different.

* 12 years old ~ Oh, well, naturally, Dad doesn’t know anything about that. He is too old to remember his childhood. He doesn’t play with me so much anymore. who needs it!

* 25 years old ~ Dad knows about it, but then he should,
because he has been around so long.

* 30 years old ~ May be we should ask Dad what he thinks. After all, he’s had a lot of experience.

* 50 years old ~ I’d give anything if Dad were here now so I could talk this over with him. Too bad I didn’t appreciate how smart he was. I could have learned a lot from him. and I’d love to play with him again.