Dao (rhymes with Cow) immigrated to the US from Viet Nam in 1978.  He grew up poor and once lived an entire summer on a diet consisting of nothing but crickets and lake water.   When he was 17 years old, he won a bullhead fishing tournament.  Used his winnings to purchase a train ticket to New York City.  Unable to find work because of his angry demeanor, he eventually made money by selling his body on a street corner to business-men.  Parlayed his love-making skills into a career as an Exotic Dancer.  Won the lead in the Broadway Musical remake of the Showtime series Queer As Folk.  Lost the part when audiences booed him for appearing too feminine.  He gradually took modeling jobs and became Out Magazine’s cover boy in 1997.  His career seemed to be poised for an explosive break-through after he developed a pilot for a television series based on the movie Rush Hour.  Khang lucked into an appearance on the David Letterman show to promote his project.  Tragically for Dao, he was supposed to appear on the show as the second guest after the rising star, motivational comedian Shortarmguy.  The rest is history.  Shortarmguy was so entertaining and enlightening, Letterman gave him the entire show.  Dao was bumped from the program, never to be invited back again.  His pilot was never picked up by anyone.  Dao tarnished his reputation even further by signing on to headline the Hmong Exotic Dancer Strip-Down.  Last we heard from Khang, he had a mouthful of crickets and he could be heard muttering “Shortarmguy screwed me.  I’ll kill that son of a bitch!” 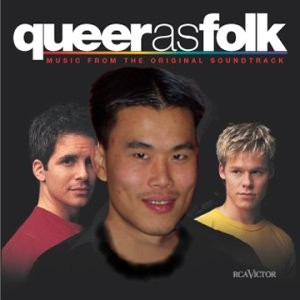 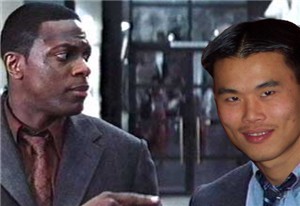