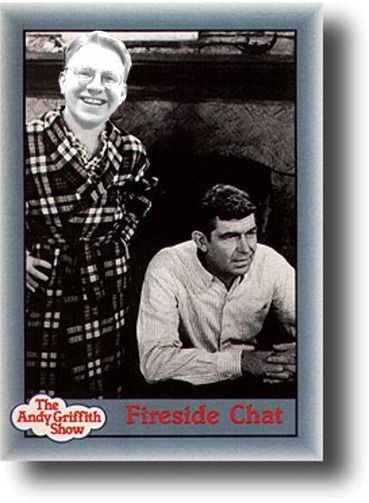 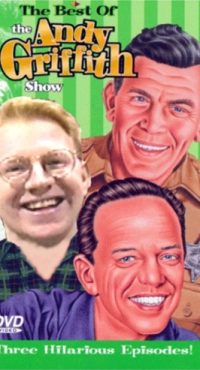 David Bollig.  Current boss of Shortarmguy.  Former child Hollywood Star.  Probably best remembered for his brief stint as Ronny Howard’s stand-in on the Andy Griffith show.  But after Davey’s cuteness faded, so did his acting career.  He began to have run-in’s with the law and eventually became hooked on over the counter cough medicine.  Seeking to leave the glare of the Hollywood spotlight, David moved to the Twin Cities where he decided to get into business.    Started his empire by doing hostile takeovers of local sweatshops in the Minneapolis area.  Got rich by designing and selling novelty items that disparaged crippled people.  They’d make products like bumper stickers with the slogan “Hire the Handicapped, they’re fun to watch!”   Hired Shortarmguy because he was fun to watch.   Eventually, David took his company public and became a Dot-Com Billionaire.   His business practices have caused him to lobby hard against the Americans with Disabilities Act.  His position is that he’ll let the Handicapped work for him, but they shouldn’t be paid for it. “Those cripples already get more than they deserve from the government.  They’re just lucky we don’t make them wear the “dummy” signs around their necks any more.”  David’s favorite past-time is bringing his millionaire buddies to Shortarmguy’s desk and forcing him to do tricks.  He’ll exclaim “Stick your hand in your mouth!  Move your big thumb back and forth!!  Wave the little arm through the air really fast!”  He’ll then clap his hands and bounce around with glee, never mindful of the welling tears in Shortarmguy’s eyes. 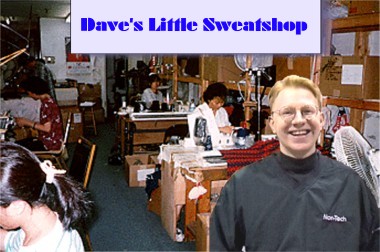