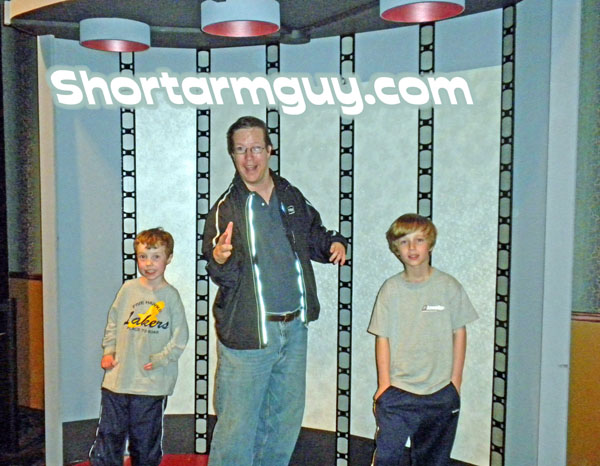 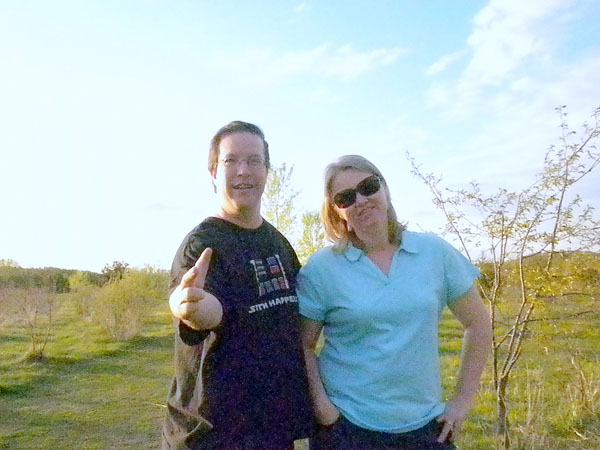 We’re finally starting to see some signs of Spring with temperatures reaching in the upper seventies.  Being the Thrill Seekers that we are, this warmer weather is bringing us to exciting places like the local dog park.  As you can see from this photo, Miss Sheri is absolutely thrilled to be there. 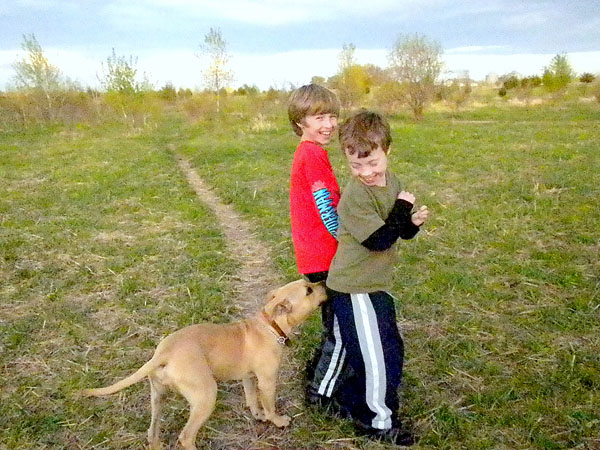 The boys have created a fun game.  They race each other around the park and try to convince strange dogs to smell their butts.  It may seem silly, but we’re confident that developing this skill will benefit them greatly later in life. 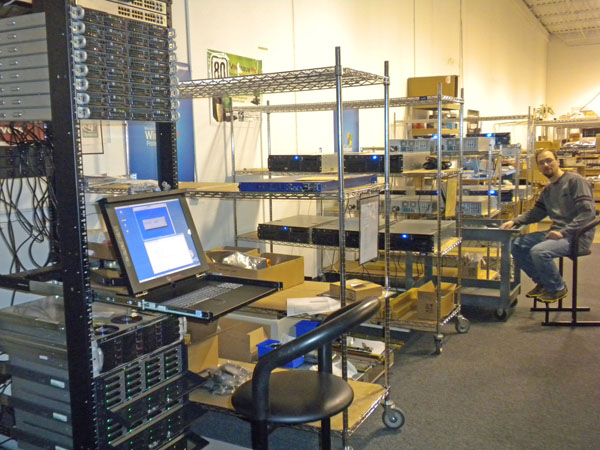 Work continues to be more and more exciting.  Nor-Tech has been getting involved in some really big projects in the High Performance Computing Arena.  Master Technician, Steve “Cuds” Cuddihy, can be seen here working on a large server cluster for an oil and gas company in Brazil.  More details can be found here.  When this bad boy is complete, it will have more than 64 Terabytes of storage, 128 compute processing cores, and will cost nearly $200,000!  If you want to buy one, give me a call and I’ll cut you a smoking deal! 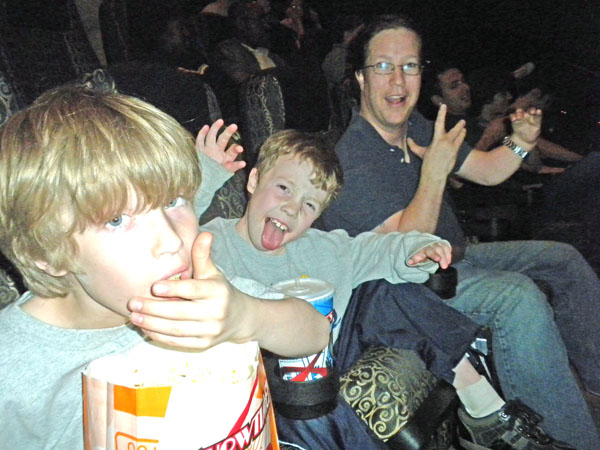 On Friday night, the Shortarmguy Family was so happy to have the chance to see the new Star Trek movie!  It was absolutely Fascinating!  One very big thumb up for sure!  Live Long and Prosper! 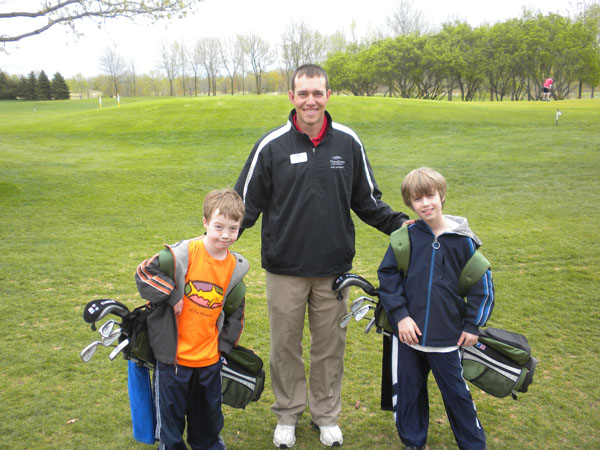 So we still haven’t figured out a very lucrative way to exploit our boys yet.  We’ve decided to give golf a shot and have the boys take a few lessons to get them started.  This is Coach Luke and he’s head coach for the women’s golf team at St. Olaf.  He’s kind enough to help the boys learn the basics of the game.  I asked Coach Luke how long it would be before I could start expecting to see the checks coming from the PGA, but he just didn’t seem to be very responsive. 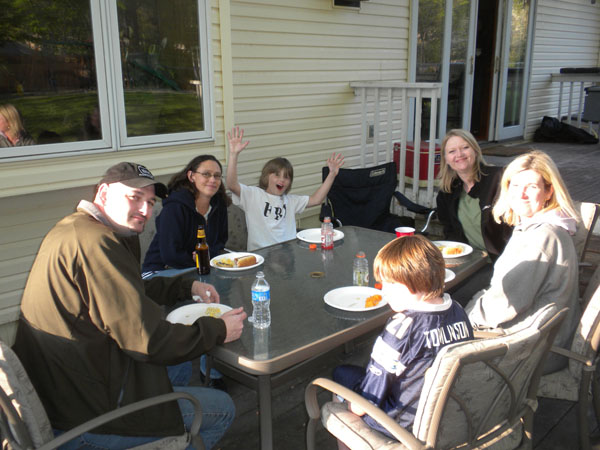 On Saturday, we were lucky enough to have a bunch of our friends from our Cub Scout Den come over for a BBQ Picnic in our backyard!  I’m thinking Aaron’s dad may have shown him my website, but it’s just a guess. 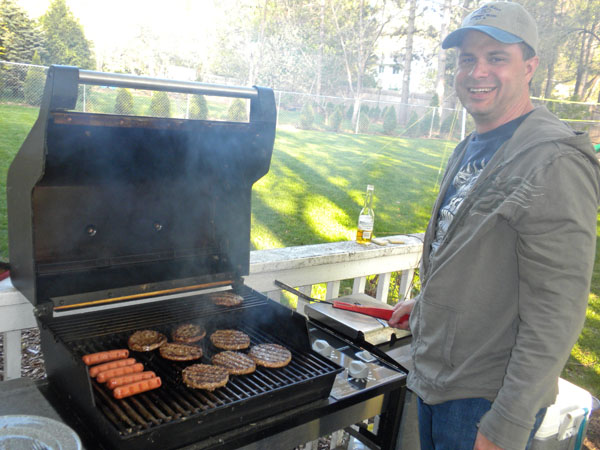 Of course we put Karl to work right when he arrived.  It just wouldn’t be a good time with him at all if we didn’t let him handle our meat.

We tried to let the kids play in the house for awhile, but we eventually had to chase them outside.  I can only handle so much broken glass and so many holes busted in the walls before I start getting a little cranky. 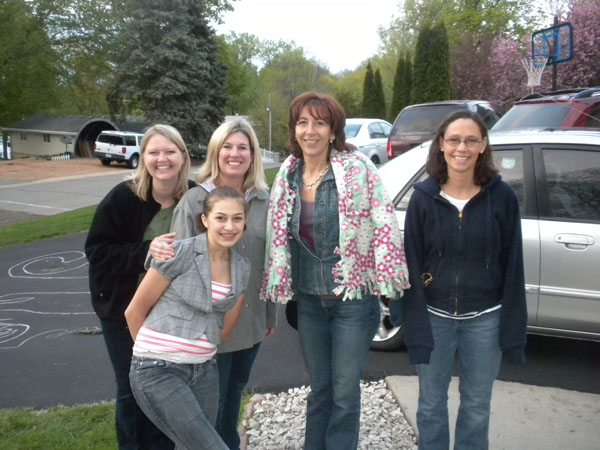 I used to think Cub Scouts was only for the boys, but it’s the Wild and Crazy Ladies in our group that makes these events so much fun!  Next year we’re considering having the boys stay home for our Cub Scout meetings so we can focus entirely on the Girl Talk instead.

Where the hell did you find that parallel parking clip, Al Jazeera????

this is a live Eagle Cam just up the road from us. We have these great birds at our house all the time………I think they have had a few duck dinners on us also……….   🙁
Love your web site!!
P.S. there is 2 baby eagles in the nest, and it is live

Stay Out Of It!

The Power of Water 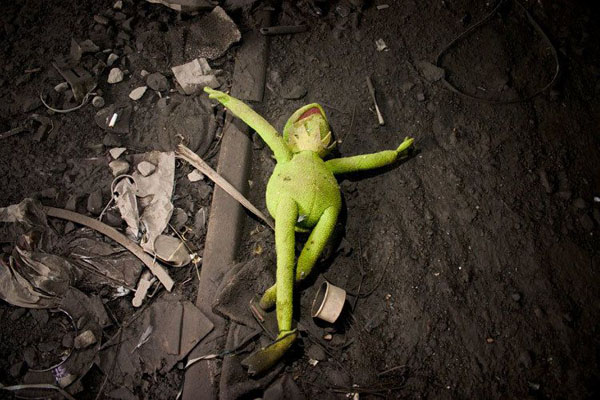 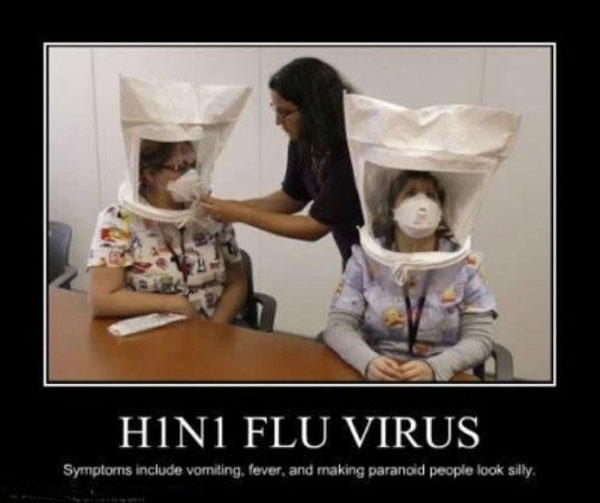 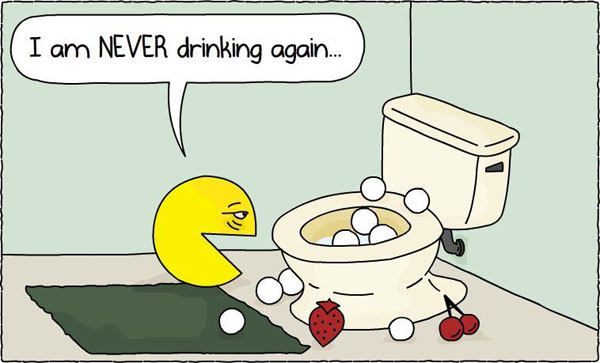 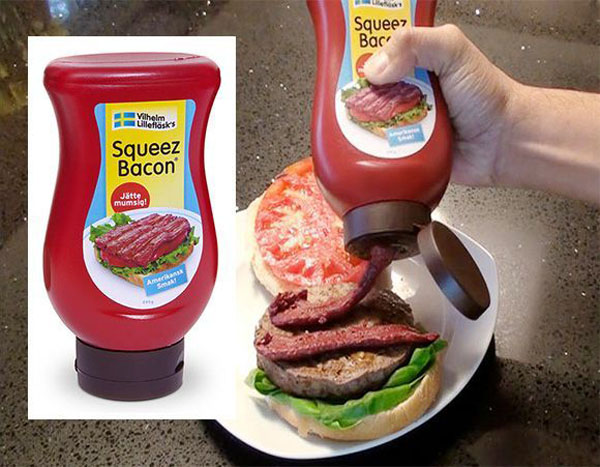 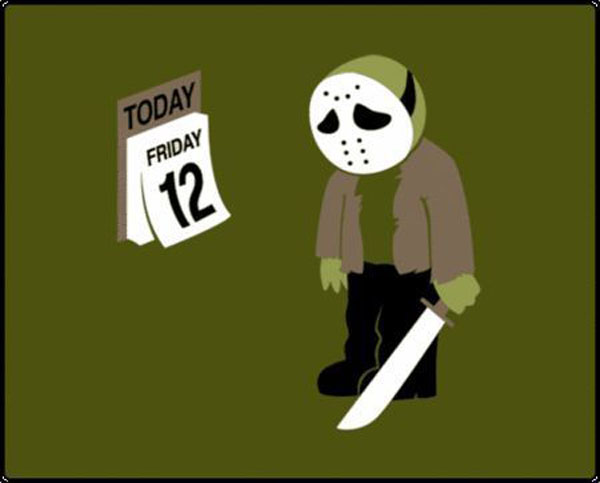 The Coolest BBQ Ever! 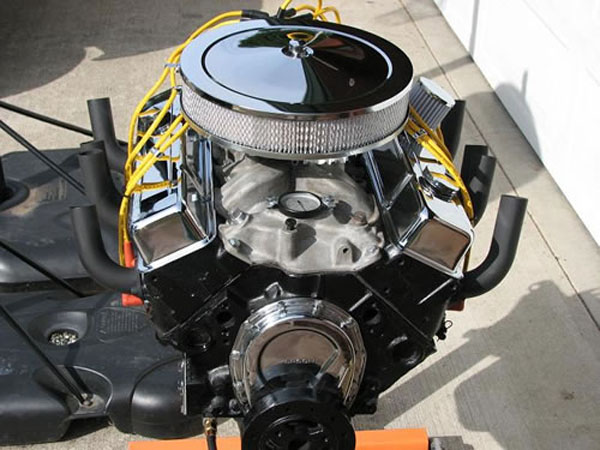 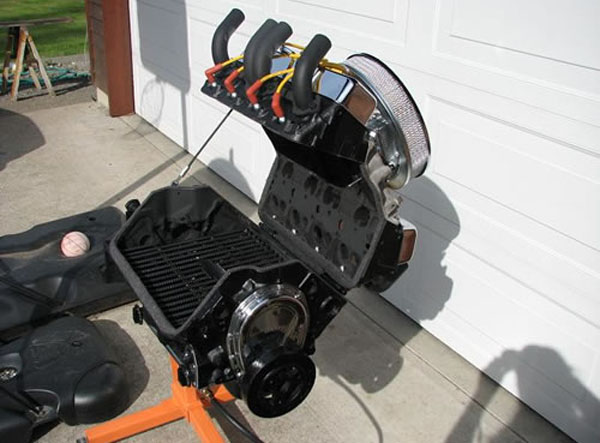 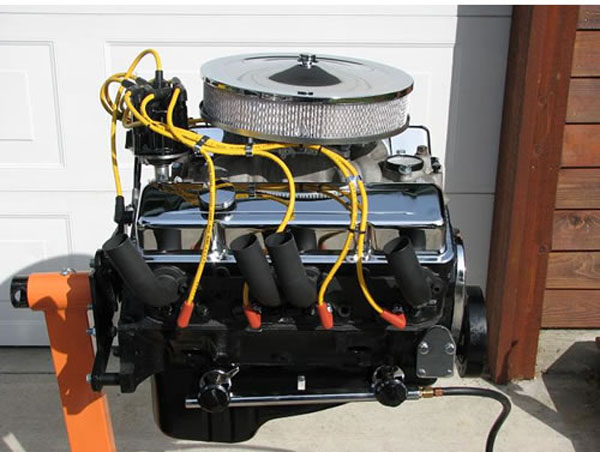 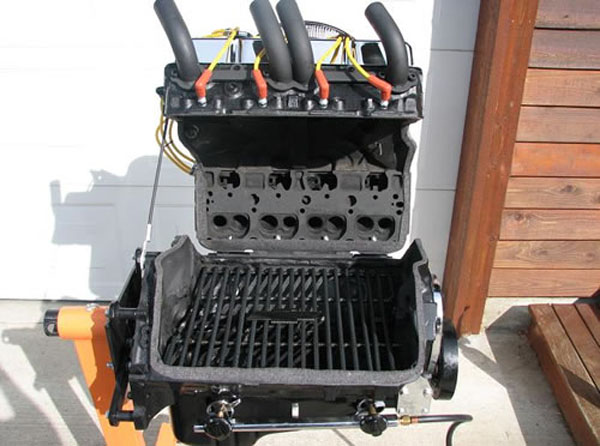 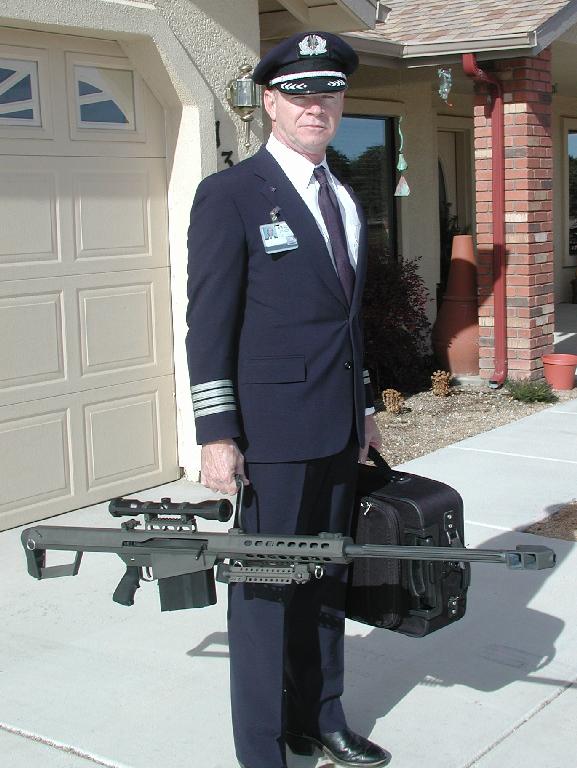 “If you don’t design your own life plan, chances are you’ll fall into someone else’s plan. And guess what they might have planned for you? Not much.”

A man and his wife, moved back home to North Carolina from Texas.  The wife had a wooden leg and to insure it in Texas cost $2,000.00 a year!!

When they arrived in North Carolina , they went to an Insurance Agency to see how much it would cost to insure the leg. The agent looked it up on the computer and said to the couple, ‘$39.00.’

The husband was shocked and asked why it was so cheap in North Carolina to insure it, because it cost him $2000.00 in Texas !!!!

The agent turned his computer screen to the couple and said, ‘Well, here it is on the screen, it says: ‘Any wooden structure, with a sprinkler system over it, is $39.00.’ You just have to know how to describe it!

Todd Swank, vice president of marketing at Nor-Tech, a Burnsville, Minn.-based system builder, expects sales of Vista PCs to drop precipitously when Microsoft releases Windows 7. “The problems that customers had in transitioning from XP to Vista won’t be nearly as bad in moving from Vista to Windows 7,” he said.

An understandable explanation for the derivatives mess

Heidi is the proprietor of a bar in Hungry Horse. In order to increase sales, she decides to allow her loyal customers – most of whom are unemployed alcoholics – to drink now but pay later. She keeps track of the drinks consumed on a ledger (thereby granting the customers loans).

Word gets around about Heidi’s drink now pay later marketing strategy and as a result, increasing numbers of customers flood into Heidi’s bar and soon she has the largest sale volume for any bar in Montana. (fill in your favorite place)

By providing her customers’ freedom from immediate payment demands, Heidi gets no resistance when she substantially increases her prices for wine and beer, the most consumed beverages. Her sales volume increases massively.

A young and dynamic vice-president at the local bank recognizes these customer debts as valuable future assets and increases Heidi’s borrowing limit.

He sees no reason for undue concern since he has the debts of the alcoholics as collateral. At the bank’s corporate headquarters, expert traders transform these customer loans into DRINK BONDS, ALKIBONDS and PUKEBONDS. These securities are then traded on security markets worldwide. Naive investors don’t really understand the securities being sold to them as AAA secured bonds are really the debts of unemployed alcoholics. Nevertheless, their prices continuously climb, and the securities become the top-selling items for some of the nation’s leading brokerage houses.

One day, although the bond prices are still climbing, a risk manager at the bank (subsequently fired due his negativity), decides that the time has come to demand payment on the debts incurred by the drinkers at Heidi’s bar.

Heidi demands payment from her alcoholic patrons, but being unemployed they cannot pay back their drinking debts. Therefore, Heidi cannot fulfill her loan obligations and claims bankruptcy.

DRINKBOND and ALKIBOND drop in price by 90 %.  PUKEBOND performs better, stabilizing in price after dropping by 80 %. The decreased bond asset value destroys the banks liquidity and prevents it from issuing new loans.

The suppliers of Heidi’s bar, having granted her generous payment extensions and having invested in the securities are faced with writing off her debt and losing over 80% on her bonds. Her wine supplier claims bankruptcy, her beer supplier is taken over by a competitor, who immediately closes the local plant and lays off 50 workers.

The bank and brokerage houses are saved by the Government following dramatic round-the-clock negotiations by leaders from both political parties. The funds required for this bailout are obtained by a tax levied on employed middle-class non-drinkers.

Finally…  Now I know why I am cutting coupons!