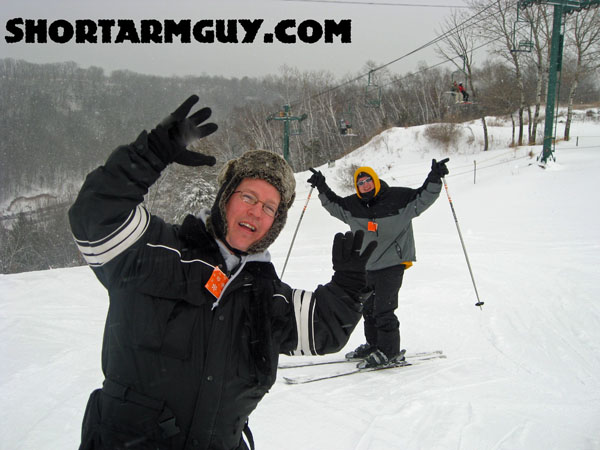 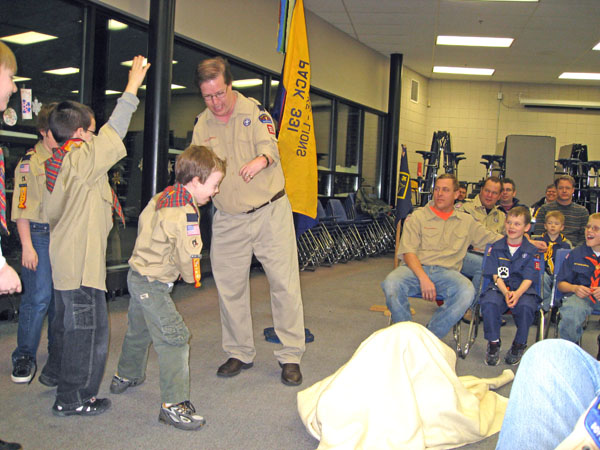 Our den, the Fire Breathing Dragons, hosted the Pack 331 January meeting.  Along with doing the flag ceremony, we also had fun performing a couple of skits including “The Ugliest Boy in the World!”  Basically, I’m a carnival barker inviting people to pay me for a glimpse at Avery who was playing the ugliest boy in the world.  All the boys in our den took a peek under the blanket and then screamed in fear and passed out.  When there were no more boys left, we invited our Pack’s Committee Chairman to see if he was brave enough to take a look.  When he lifted the blanket and looked under it, the site of his face scared the world’s ugliest boy so much that the boy screamed and fainted!  And hilarity ensued! 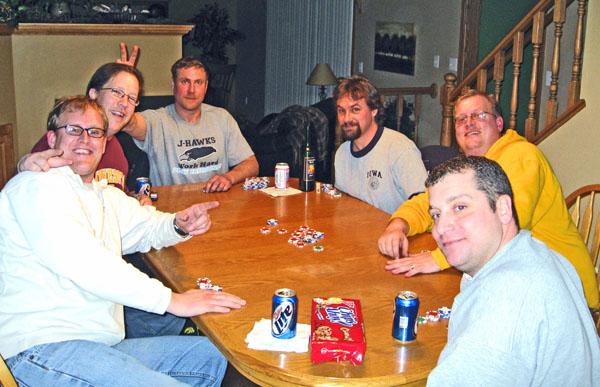 It was a big weekend at the Shortarmguy Household!  My high school buddies drove up from Iowa for our annual ski trip weekend.  We always like to start the weekend by spending all of Friday night playing poker until the wee hours of Saturday morning.  Then we get up as early as we can and spend the whole day storming down dangerous hills at high speeds while wishing that we’d had more sleep and wondering when our stupid hangovers would go finally away!  I look forward to this weekend all year! 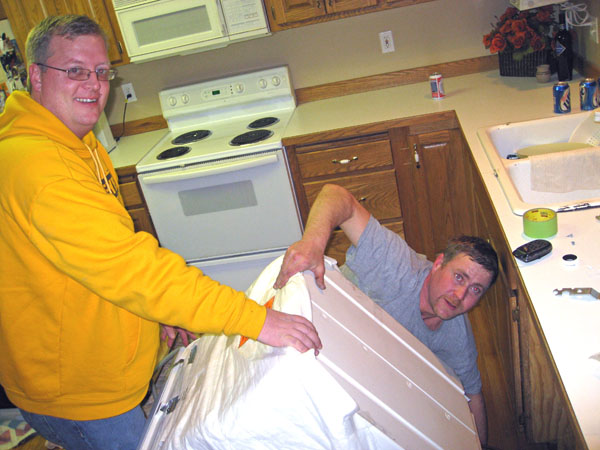 Naturally when you have friends come to town, you have to put them to work, right?  Lincoln & Joel were kind enough to help us install a new dishwasher upon their arrival.  And they were especially nice not to beat the crap out of me for constantly worrying out loud whether it was being installed correctly! 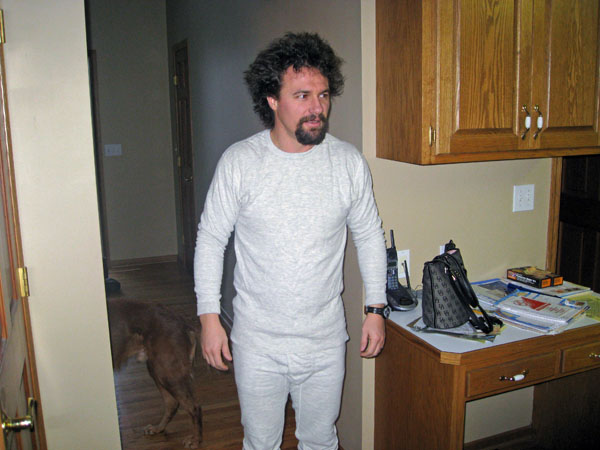 I woke up on Saturday and had quite a fright.   After seeing this guy, I scrambled to find the phone to dial 911.  I was terrified that Charles Manson had broken into my house.  Luckily, it turned out to just be my friend, Ron.  But it was still scary. 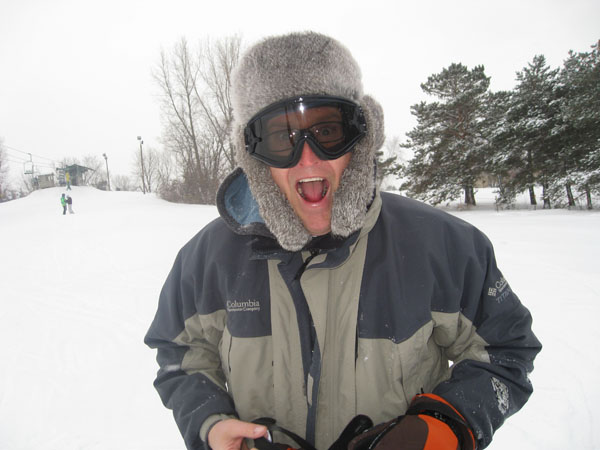 Of course, the reason the fellas came up this weekend was to partake in our annual ski trip at Afton Alps.  Poor Krazy Kory had no idea he had an allergy to rabbit fur which suddenly caused his mouth to open wide and stay propped open for most of the day.  Although he ended up swallowing a lot of snow throughout the day and God only knows what else, he eventually was able to regain control of his jaw and finally shut his mouth.  But it was still a pretty sad thing to watch. 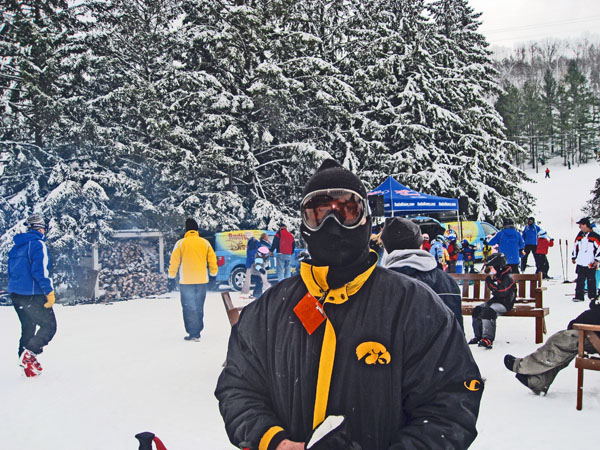 Lincoln didn’t have any mouth problems with the possible exception of being able to access it.  During the previous week in Minnesota, we had temperatures ranging from 30 to 40 degrees below zero, but we were lucky that temperatures rose to a balmy 20 degrees for our ski adventure.  It was so warm that Lincoln eventually took off his mask, but continued to proudly wear the logo of his favorite college team throughout the day.  The large golden Iowa Hawkeye made him pretty easy to find on the ski slope. 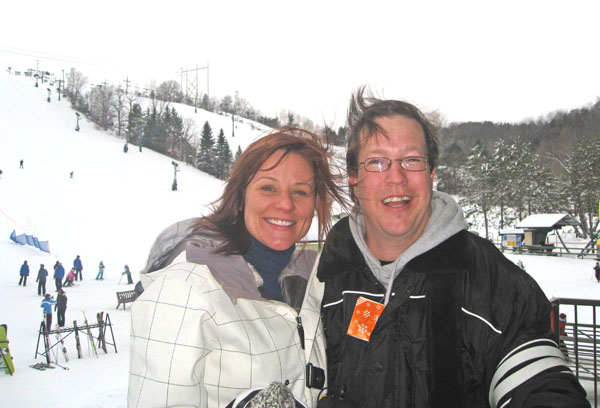 This is Gabby.  Easily the coolest person we met all day.  The boys and I were snapping some photos on one of the chalet balconies when suddenly Gabby stuck her head out the door and said “Don’t you have a website?  Weren’t you on some TV show recently?”  I told Gabby that she rocked and I had to get this picture taken with her.  It was a perfect time for a cute girl that I’d never met before to recognize me in public!  My friends called me “a stud” for the rest of the day!!  I was so happy.  That is really a lot better than what they normally call me! 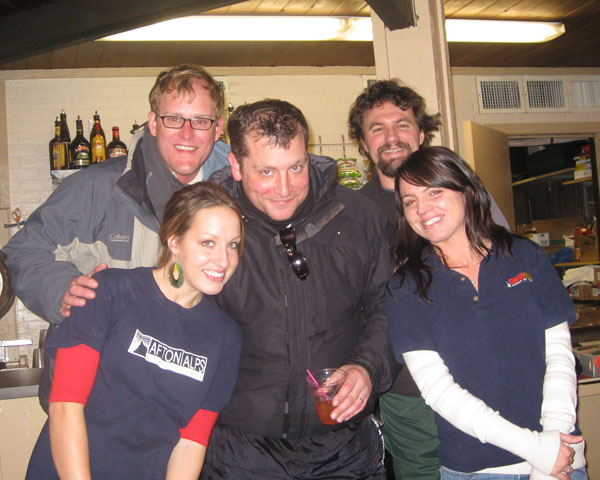 We did make a lot of new friends on the slopes especially the nice waitresses at the Highlands chalet.  We ended our evening at their place and they were just so cool!  They never threatened us with harassment charges even once!  That’s a big step up for this group! 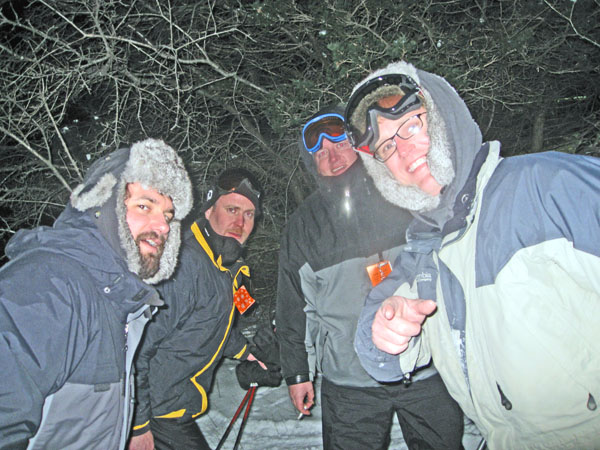 Most of the time we just skied.  As usual, we had a lot of fun blazing our own trails and finding new places to ski.  Here we are lost in the woods, but no-one was sad.  As long as we’re together, we’re just happy to be on the ride to nowhere! 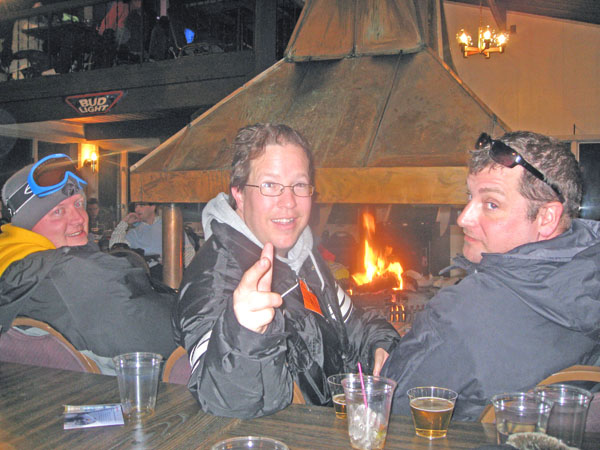 Eventually we settled in for a comfortable fireside chat filled with glorious tales of fun runs and nasty spills.  Thank God we made it through another year without anyone suffering any major injuries.  I’m especially happy that no innocent strangers were injured either!  That definitely would have been possible had they accidentally wandered in the path of one of these guys.  Some of my friends are kind of dangerous on the ski slopes.

Hi! I saw you on Miami Ink!

And I hope you feel well
I wish you a happy and exciting new year!

I saw you on Miami Ink on television.

I think you are a really tough guy =)

I just wanted to show you my respect. Just saw the episode on Miami Ink that you where on (i live up north in Sweden so it airs later here then in the U.S). And i was amazed over how glad you where. It made me put stuff in perspective. So i just wanted to tell you that you are a real inspiration, keep it up and all respect to you! (And the tattoo was really awesome!, i got tattooes all over the body, and has seen many. But your tattoo was really the coolest one i have ever seen).

Greetings all the way from Sweden!

Never Trust a Friend Who Requests You Wear a Blindfold 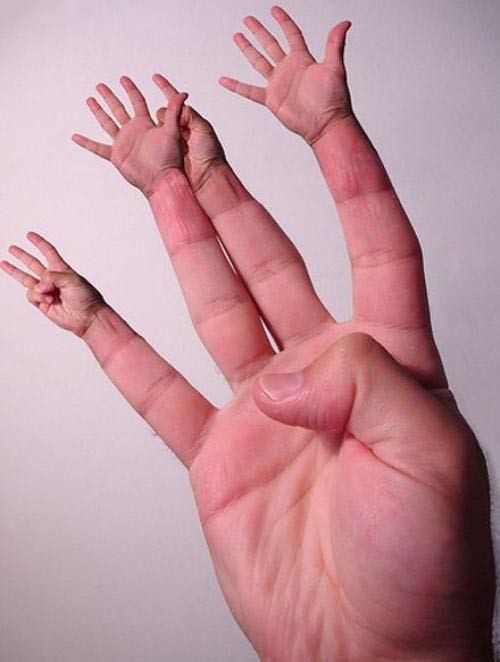 And I thought I had freaky hands! 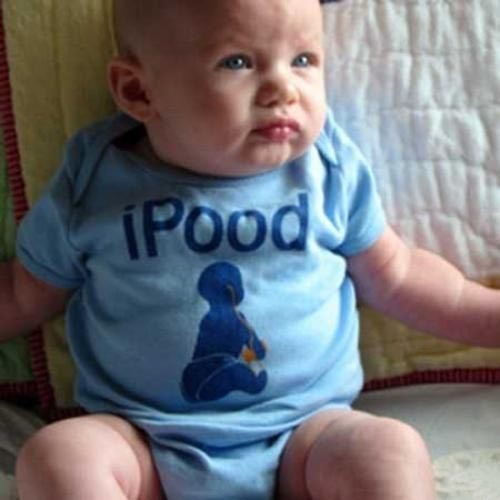 Make sure you’re in satellite view.  Keep zooming in until you see the hidden image.  Priceless. 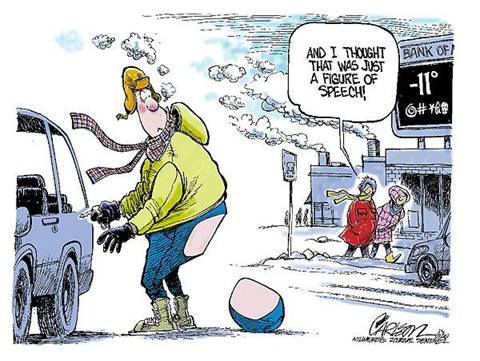 It’s been cold week in Minnesota! 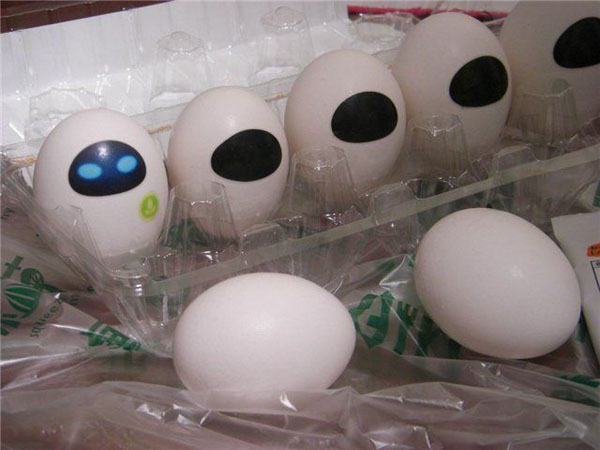 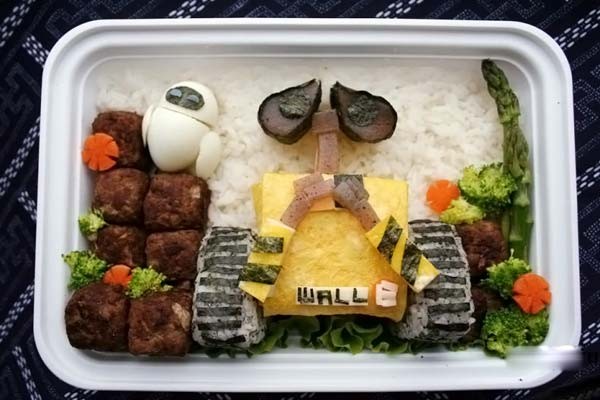 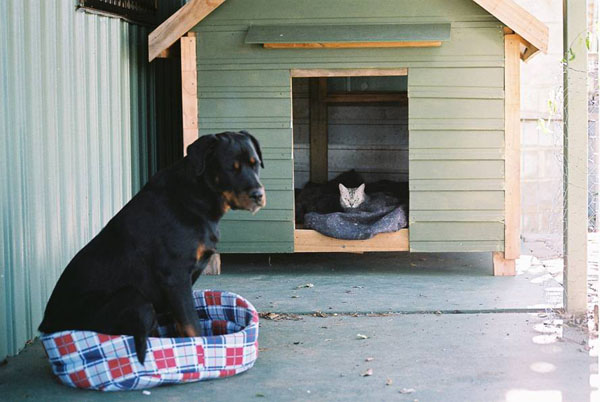 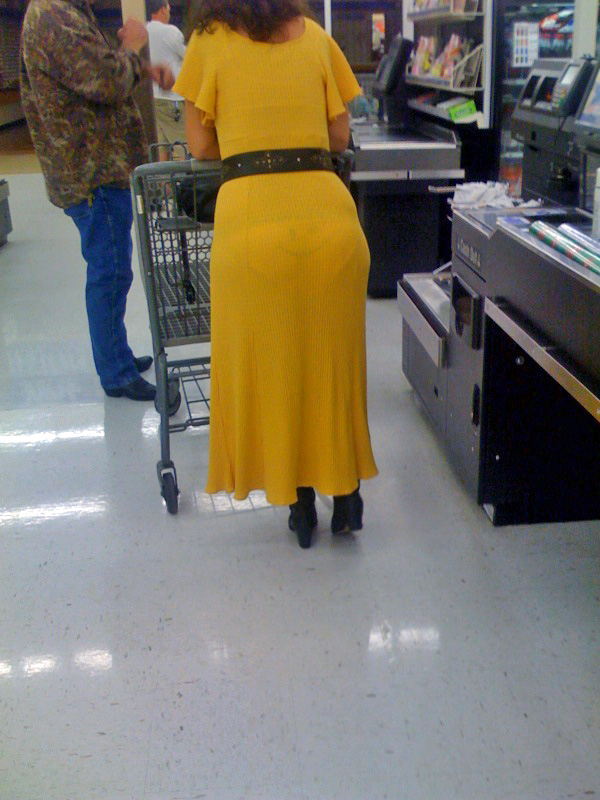 Someone is happy to be at the store! 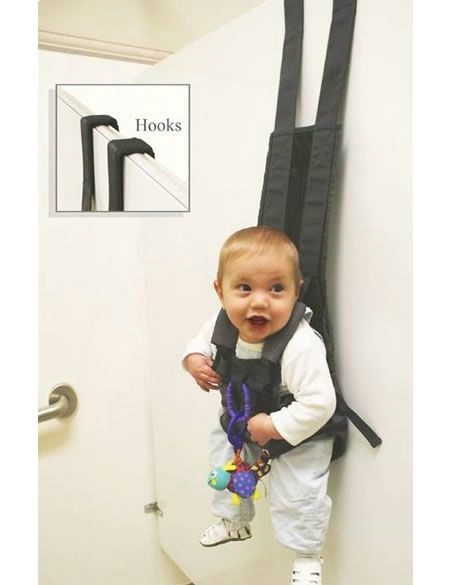 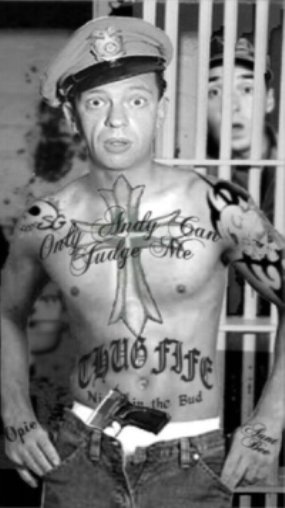 If Barney were alive today… 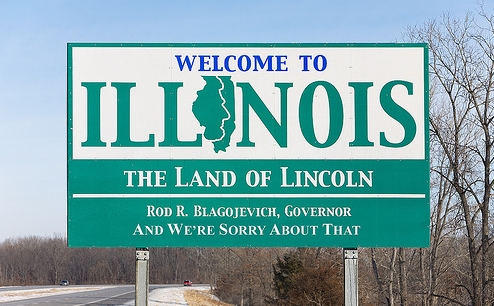 “There’s no better time than the present to be better than we were yesterday.”

If your dog is barking at the back door and your wife is yelling at the front door, who do you let in first?

The dog, of course. He’ll shut up once you let him in.

“I actually think Vista has received way more criticism than was warranted, but it will certainly be great to have a new operating system to discuss with customers that doesn’t have the baggage and the perceptions that Vista has,” said Todd Swank, director of marketing at Burnsville, Minn.-based NorTech.

“Assuming Windows 7 has all the benefits of Vista, has all the new features being promised, and is as stable as XP, I think many, many customers will be ready to finally start transitioning to a new Microsoft operating system,” added Swank.

Animator Vs The Animated

He’s Just Not That Into You!

• Just twenty seconds worth of fuel remained when Apollo 11’s lunar module landed on the moon.

• A lion’s roar can be heard from five miles away.
• Hair is the fastest growing tissue in the body, second only to bone marrow.
• Dolphins don’t automatically breath; they have to tell  themselves  to do it.

•The term Cop comes from Constable on Patrol, which is a term used in England.

• Pamela Lee-Anderson is Canada’s Centennial Baby, being the first baby born on the centennial anniversary of Canada’s independence.

• Nobel Prize resulted from a late change in the will of Alfred Nobel, who did not want to be remembered as a propagator of violence-he invented dynamite.

• Whoopi Goldberg was a mortuary cosmetologist and a bricklayer before becoming an actress.

• Queen Victoria eased the discomfort of her menstrual cramps by having her doctor supply her with marijuana.

• Guinness Book Of Records holds the record for being the book most stolen from Public Libraries.