Luke's hand surgery went great!  It turns out there was two stitches inside his hand which hadn't dissolved from the last surgery.  Most likely, these were causing his healing problems.  The surgeon has now eliminated the stitches!

Luke had a first today.  When he came back from the recovery room, he was wide-eyed and actually smiling!!  They typically bring him out kicking and screaming, so this was a very nice change of pace!  It was a bit short-lived however, because once he was re-united with mom and dad....he started demanding to go home!  Luckily, we were able to accommodate him very quickly!  He was playing and running around at home only a few hours later!

We really appreciate all the prayers and well wishes we received!

Hopefully, this is the last time we'll need to ask for surgery prayers!

Hello!
I haven't written an email about my boys since Luke's last surgery in November.
Many of you will remember that was when he had his thumb re-modeled....for those of you who don't know the specifics, you can read about them below:
Luke's new thumb is pretty cool looking, although sadly I don't think he'll ever have a normal Hand Turkey.
The reason I'm writing tonight is that his fancy new digit still has an open sore on it six months later.  It's like a really bad dog and just won't heal!   We've tried several rounds of antibiotics, we've been soaking the thing in hydrogen peroxide, and have even tried Super Glue to get it to close....but nothing has worked.  Now the surgeon wants another wack.
Tomorrow morning (Thursday) at 8:30, Luke will be having surgery to attempt to fix his thumb.
My ritual before the boy's past several surgeries has been to request a prayer the night before and I really don't want to break tradition!
I know there's a bunch of crazy things going on in the world and there's many people who are deserving of prayer, but if you get the chance to say a quick one for Luke tomorrow morning, we'd really appreciate it.
If prayer isn't your thing, perhaps you could send a positive thought his way.
It's always worked for us in the past!!

Thanks so much for your consideration!!!
Take care!!
Todd, Sheri, Luke, and Avery Swank
PS: I've attached a few recent photos of the boys... 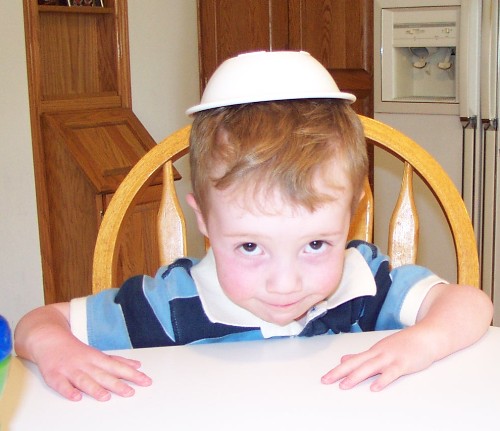 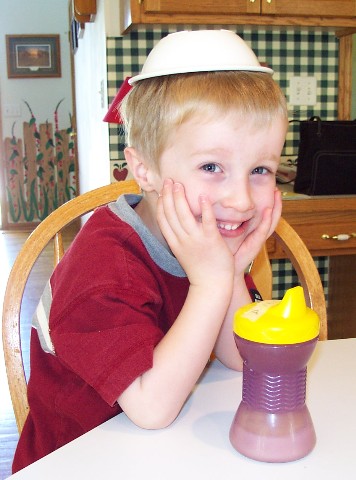 Hello!
My son, Luke, is having two surgeries tomorrow, and I'm as happy as I've been in years.
I haven't sent an email about my boys since Avery's last surgery in March of this year, so for anyone who doesn't remember what Luke and Avery have been through, you can read their story on my website here:  http://www.shortarmguy.com/averysurgery.htm
The reason I'm so happy is because I'm assuming his surgeries are going to go very well and once we're through the recovery phase of these procedures, we may finally get to look at our boys without having a surgery looming in their future.
For the first time since Sheri was 3 months pregnant, we'll be able to just enjoy our sons without having to imagine a future hospital stay.
Luke will have his thumb reconstructed tomorrow and is having a hernia surgery performed at the same time.  Well, probably not the exact same time else the surgeons might bump heads, but one right after the other.
Although these surgeries are not as serious as their past heart surgeries, I'm being a little paranoid before I go to sleep.  It's been a tradition for me to send an email to all of my friends requesting a prayer for them the day of their surgery.  Since it's been an extremely successful tradition, it's not really one I'm in the mood to break.
So if you get the chance on Thursday to say a quick prayer for Luke and the two surgeons who will be working on him, I'd be forever in your debt.  If praying isn't your thing, maybe you could send a positive thought Luke's way.  It's always worked for us in the past!
Luke, Averi, Sheri and I thank all of you for your consideration and wish you and your families a great holiday season!!!!
PS  I attached some photos of the boys from this past Halloween
Sincerely,
Todd Swank
Shortarmguy 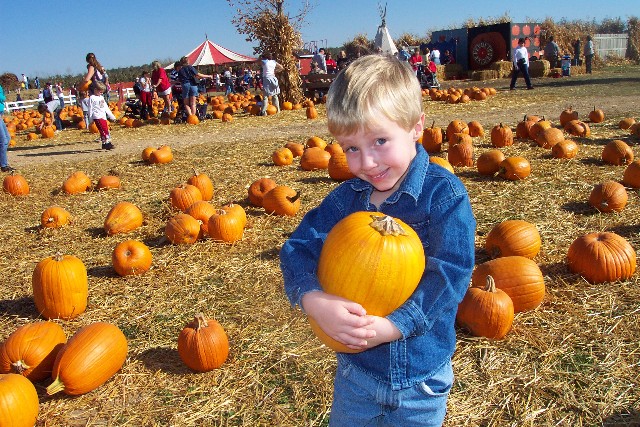 Hello!!
I wanted to send everyone a quick update on Luke.  I apologize for not responding to everyone individually, but I have quite a few emails in my inbox.  My family really appreciates everyone's prayers and positive thoughts!!!!!!
Surgery went really great for Luke.  We put him in the car at 5:30am Thursday morning for the trip to the hospital and he was a real little trooper for the car ride...until we hit the Lake Street exit which he recognizes as being the way to the hospital.  It was then that the anxiety started peaking!  He began doing a strange chant about how he ain't going to the hospital and how he's going to give mommy and daddy a beating if we try to take him.  Using our best parenting skills we could muster, Sheri and I were able to somehow coax him to enter the building.
He was pretty good until we entered the pre-surgery waiting room and the memories started flowing back to him again.   The nurse recognized quickly that the Swanks were back and had our special room waiting for him.  Luke was kicking and screaming Hellos to his old friends, when the nurse brought our magic potion called Versed.
Ten minutes later, Luke switched from crazed maniac to the Life of the Party!!  He was wishing Sheri and I "Happy Birthday" and was busy evaluating the psychedelic lights emanating from the Jimmy Neutron program on TV.  When the 3 doctors and 4 nurses entered the room at different times, he greeted them with what I could have sworn was a Peace Sign and muttering something like "Hey, dudes!".
Finally, mom and dad had to dress up in the funny hats and masks and walk him to the operating room.  We passed a room with a bunch of computers and Luke slurred "There's daddy's office!!"  We walked him into the OR and laid him on the operating table.  Luke even let them put the gas mask over his face without socking somebody in the gut.  I thought about shoving one of the anesthiologists in his honor, but the idea quickly passed.
Luke went to sleep and his hernia and hand surgery went very well.
Luke had his thumb separated from his index finger (they were basically webbed together) and had a muscle transferred from his pinky to help it have more of a grip.  It will never be a normal thumb, but it should help him to be able to grip things better.  And we guys all know how important that is!  I can't believe I just wrote that.
Luke was quite ecstatic when he learned we wouldn't have to spend the night at the hospital.  We have experienced some pain at home, but all in all he's been a real trooper.
Luke will be wearing a full arm cast for about a month, a sling for a month after that, and will have to undergo some therapy indefinitely.
This completed our twelfth surgery between our two sons, Luke and Avery, and hopefully our last!  I find it really hard to think thoughts like that without knocking on some kind of wood nearby.
I've attached a couple photos.  The picture on the right was taken 7 hours after surgery and the one on the left was the next night after surgery.
Once again, we all really appreciate everyone's prayers and support!!!
Take care!!!!!!
Shortarmguy 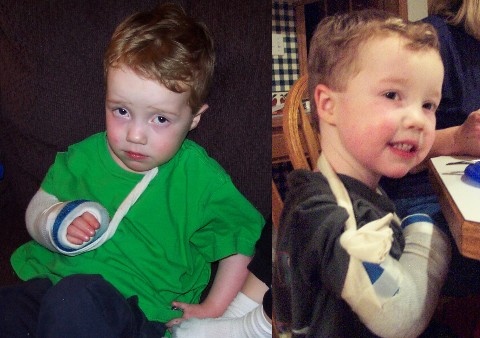 Click Here For The Story of Avery's Recent Heart Surgery

Click Here For The Story of Luke's Recent Heart Surgery