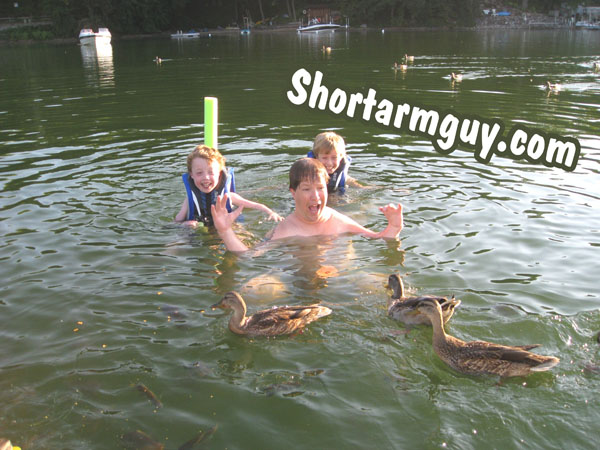 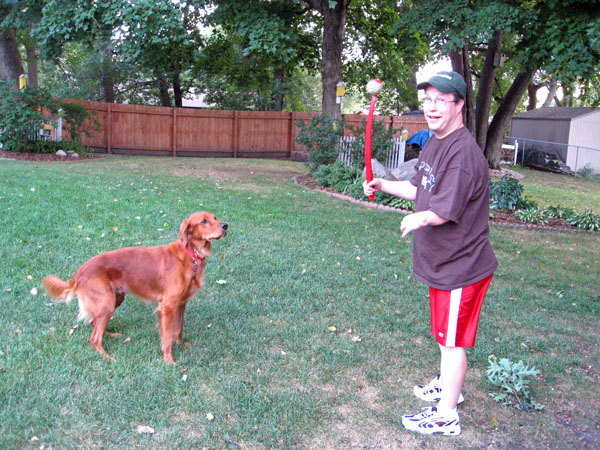 It was a very mellow week in Shortarmguy Land.  We just had a lot of activities with the dog including some exciting games of catch in the backyard.  Whoever invented this Chuckit thing is a genius by the way.  It allows me to toss the tennis ball a lot further and more often than normally which makes Sunny a happy, happy dog. 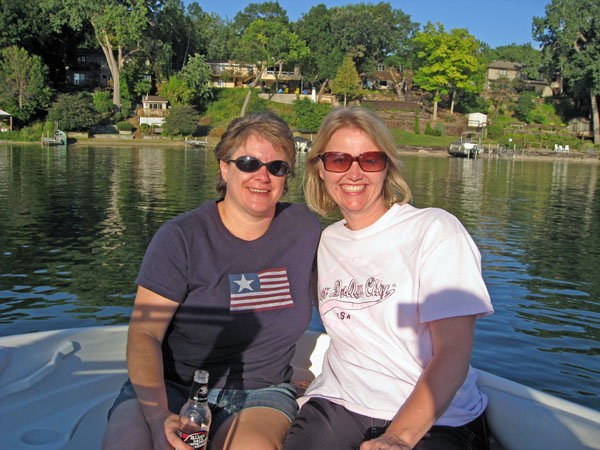 Miss Sheri’s college buddy, Cathy Klimek, came down to kick off the Labor Day weekend celebration with us.  We took the boat to Candy Cove to suck in some rays and down some cold ones.  Not necessarily in that order. 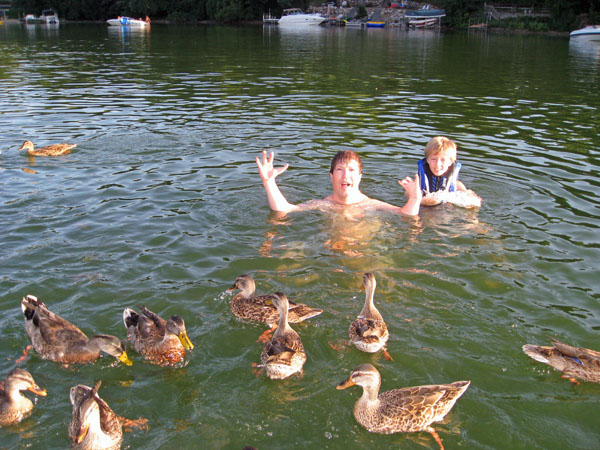 We had a large contingent of ducks swim over to the boat to pay us a visit.  The boys and I thought it would be fun to jump in and swim with them to see if we could get them to adopt us as members of their tribe. 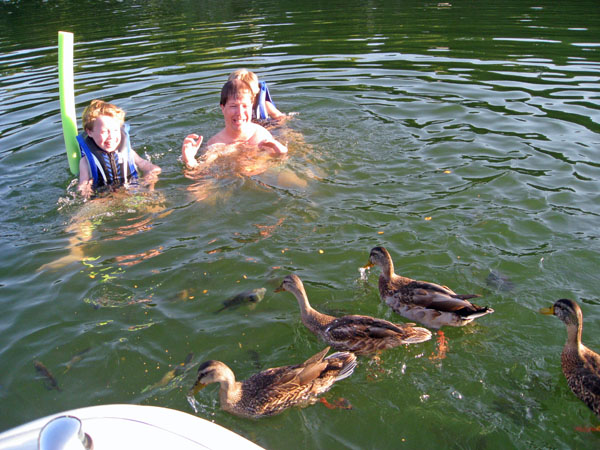 Miss Sheri and Cathy threw in handfuls of Cheez-Its to try to get the ducks closer to us for our photo opportunities.  The thing we didn’t really anticipate was the large school of sunfish who also had an interest in snacking on those delicious little cheesy crackers.  We found it just a little bit creepy having all those fish swimming between our legs, but eventually grew to enjoy the sensation. 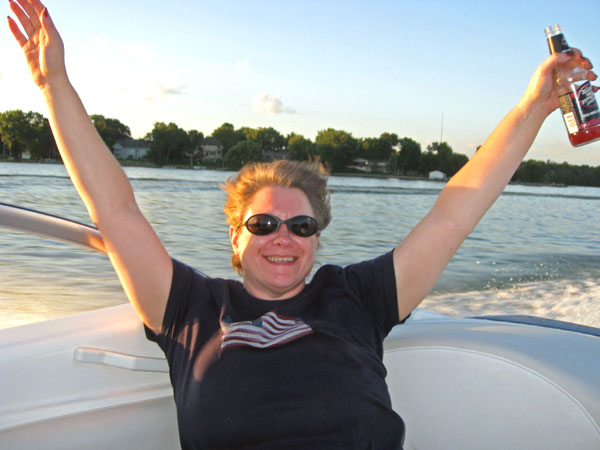 We really thought Cathy was having a good time.  But suddenly she raised her arms, floated out of the boat, and then she just flew away.  It was one of the weirdest things I’ve ever seen. 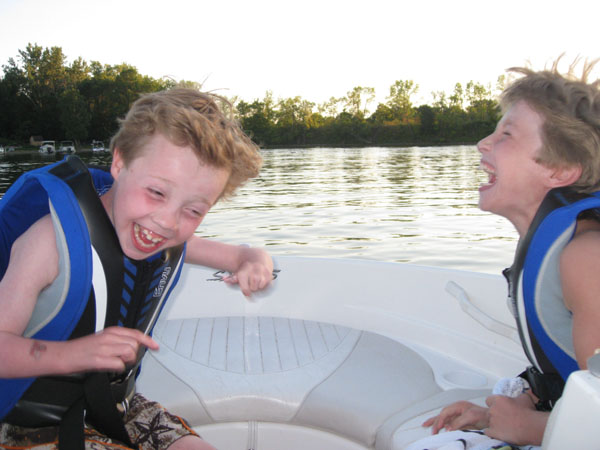 We had to end the boat ride early because the boys just weren’t having a good enough time. 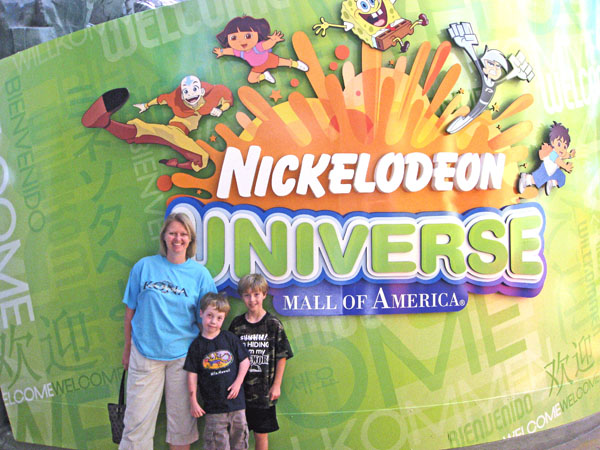 On Saturday, we thought we’d check out the Mall of America and the new Nickelodeon Universe.  They have changed several things since it was known as Camp Snoopy.  They’ve also raised ticket prices which makes it an even bigger Rip-Off than it was before! 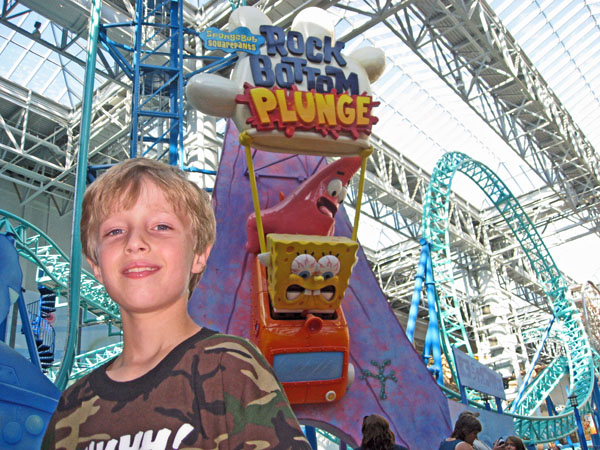 Avery and I did enjoy going on the Rock Bottom Plunge.  It’s 67 feet tall, has a 97 degree drop, and sends you upside down three different times.  It also lasts for almost a whole minute which makes it well worth the $12.00 those generous people at the Mall of America charged us for the experience! 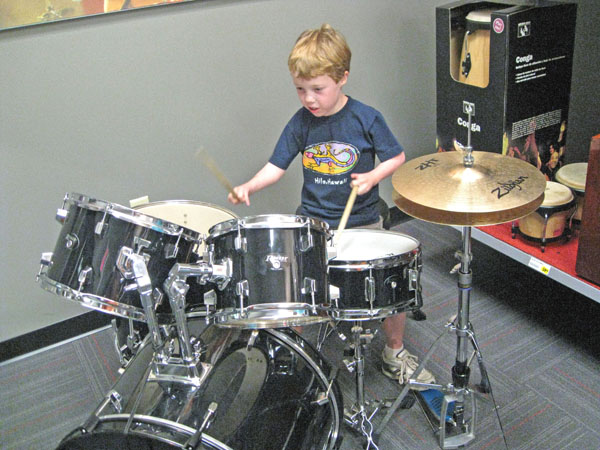 As usual, Luke was disappointed he couldn’t join us on the roller coaster.  His cardiologist has banned him from big amusement park rides which always causes us a bit of stress when we do stuff like this.  Lucky for Luke, we were able to visit the Mall’s new Best Buy store which has a great section of Musical Instruments.  Luke stayed here for hours just repeating the mantra “I don’t wanna work. I just wanna bang on these drums all day!”  It was pretty cute.

Have a great week!!

Someone on our support group for families with VATER/VACTERLS Association gave us your site, and I found it very funny 🙂  The article about your children and their surgeries brought back a lot of memories for me.  My son was born with VACTERLS Association eight years ago, and while we were lucky not to have any of the associated cardiac anomalies that often go with it, he has many other issues and has had many trips to the operating room, with a several more still to come.  My heart goes out to you and your wife for the life threatening emergencies you had to deal with, I’ve never had that experience and can’t imagine how scary it would be!

The family on our group was saying how nice it was to meet someone with similar arm issues as their son had.  We don’t deal with arm anomalies like many families in our group do, instead my son has leg differences that are similar.  One is shorter, smaller, and very underdeveloped, and he wears a foot/ankle brace and a shoelift to help with that.  I can definitely relate to how people stop and stare, and are often unsure of what to say.  Billy deals with it well, thankfully he is very outgoing and friendly and hasn’t had a problem yet with making friends.  I’m sure there will be some trying times as he moves into adolescence and high school, but hopefully he will continue to deal well and I’m prepared to give him whatever support he needs.  He’s been lucky to attend conferences and meet others with his issues, so he’s always known he wasn’t the only one like this, so I’m hopeful it will help keep his self confidence high.

Keep up the good work!  Your sons are beautiful!

Phelps at a young age… 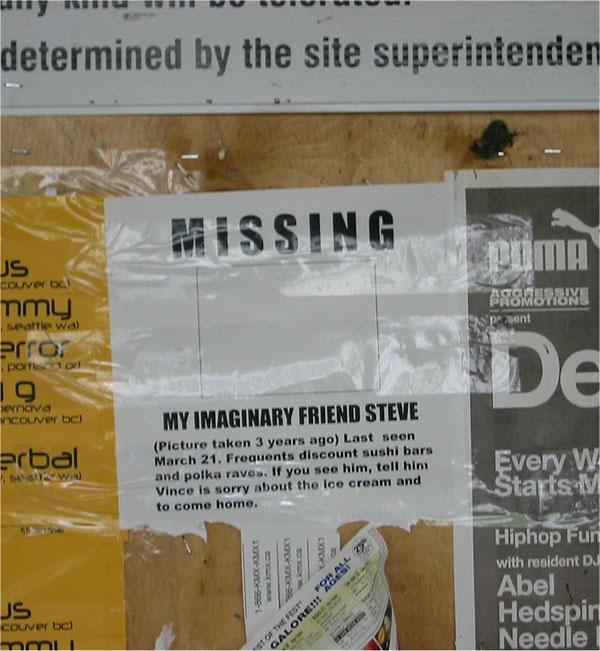 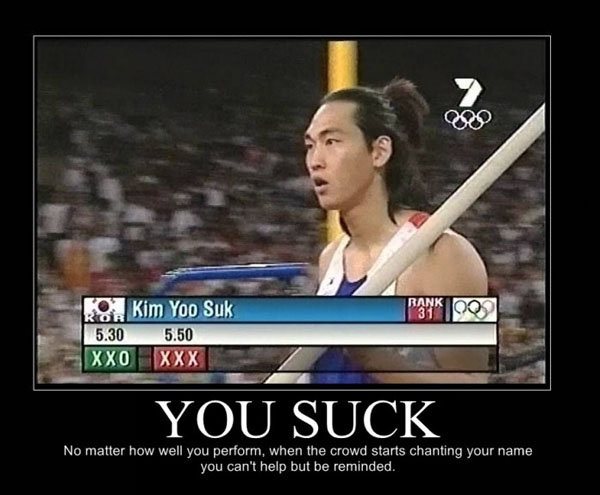 Another bad idea from the Gummi People 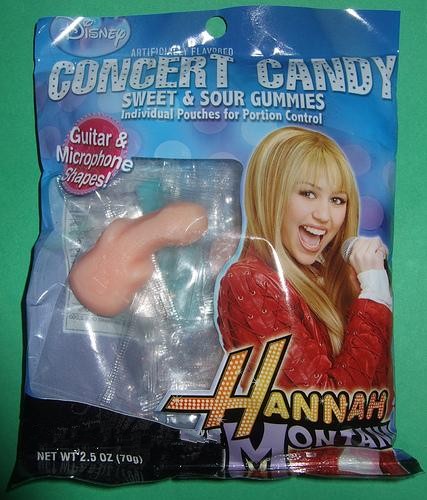 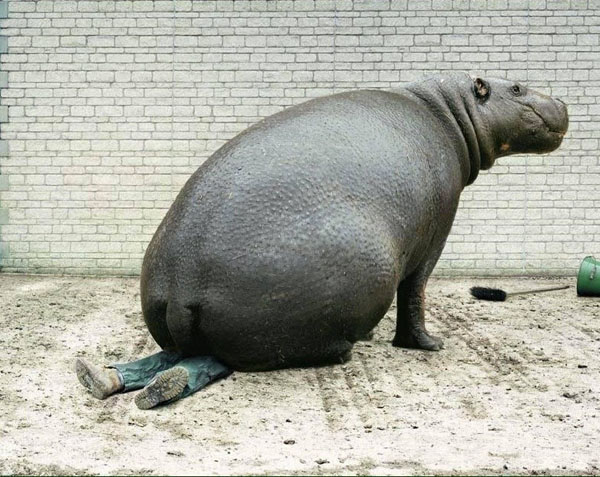 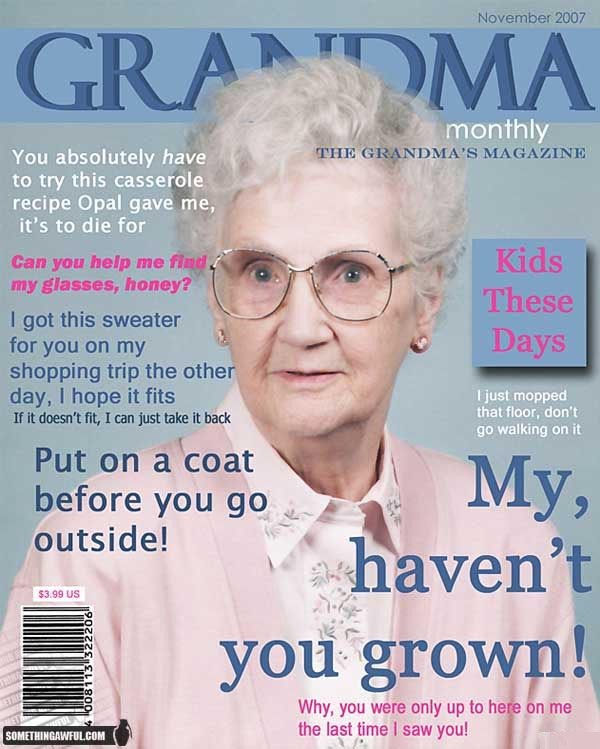 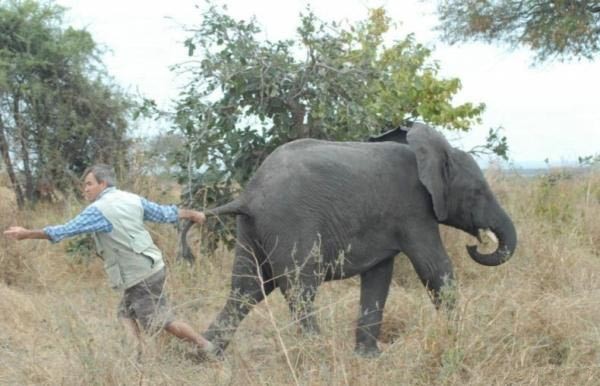 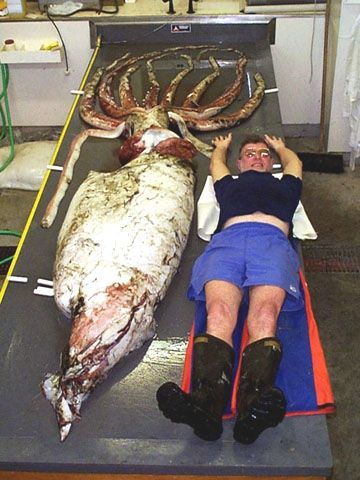 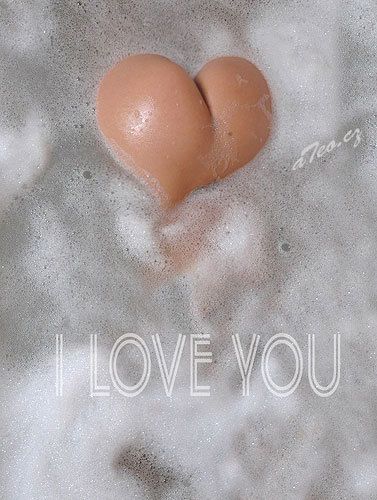 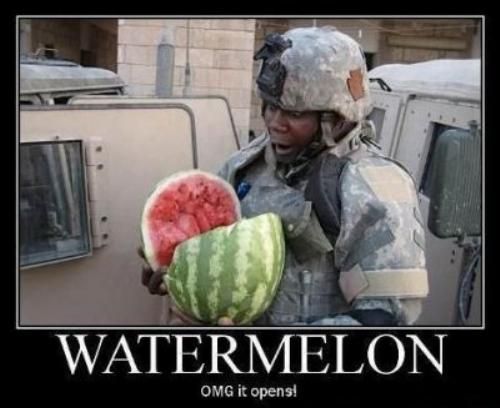 “Do something wonderful; people may imitate it.”

Here are the top nine comments made by NBC sports commentators so far
during the Summer Olympics that they would like to take back:

1. Weightlifting commentator: ‘This is Gregoriava from Bulgaria . I saw
her snatch this morning during her warm up and it was amazing.’

2. Dressage commentator: ‘This is really a lovely horse and I speak from
personal experience since I once mounted her mother.’

3. Paul Hamm, Gymnast: ‘I owe a lot to my parents, especially my mother
and father.’

4. Boxing Analyst: ‘Sure there have been injuries, and even some deaths
in boxing, but none of them really that serious.’

5. Softball announcer: ‘If history repeats itself, I should think we can
expect the same thing again.’

6. Basketball analyst: ‘He dribbles a lot and the opposition doesn’t
like it. In fact you can see it all over their faces.’

7. At the rowing medal ceremony: ‘Ah, isn’t that nice, the wife of the
IOC president is hugging the cox of the British crew.’

8. Soccer commentator: ‘Julian Dicks is everywhere. It’s like they’ve
got eleven Dicks on the field.’

9. Tennis commentator: ‘One of the reasons Andy is playing so well is
that, before the final round, his wife takes out his balls and kisses
them… Oh my God, what have I just said?’

VPILF.com — Most timely site ever!

Todd Swank for President! — Why not?

Not sure who approved this one…

Coins circulating without ‘In God We Trust’

U.S. Mint admits to the goof with the new George Washington dollar 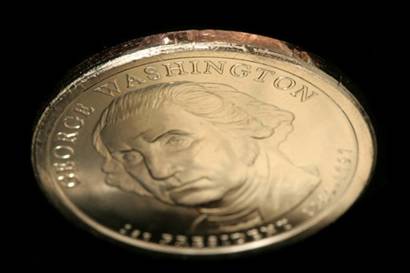 n this photo released by Professional Coin Grading Service, a George Washington dollar coin missing the edge inscription is seen. An unknown number of new dollar coins have gone into circulation without their edge inscriptions, including ‘In God We Trust,’ the U.S. Mint said Wednesday.

PHILADELPHIA – An unknown number of new George Washington dollar coins were mistakenly struck without their edge inscriptions, including “In God We Trust,” and are fetching around $50 apiece online.

The properly struck dollar coins, bearing the likeness of the nation’s first president, are inscribed along the edge with “In God We Trust,” “E Pluribus Unum” and the year and mint mark. The flawed coins made it past inspectors and went into circulation Feb. 15.

The U.S. Mint struck 300 million of the coins, which are golden in color and slightly larger and thicker than a quarter.

About half were made in Philadelphia and the rest in Denver. So far the mint has only received reports of error coins coming from Philadelphia, mint spokeswoman Becky Bailey said.

Bailey said it was unknown how many coins lacked the inscriptions. Ron Guth, president of Professional Coin Grading Service, one of the world’s largest coin authentication companies, said he believes that at least 50,000 error coins were put in circulation.

“The first one sold for $600 before everyone knew how common they actually were,” he said. “They’re going for around $40 to $60 on eBay now, and they’ll probably settle in the $50 range.”

Production of the presidential dollar entails a “new, complex, high-volume manufacturing system” that the mint will adjust to eliminate any future defects, the mint said in a statement.

“We take this matter seriously. We also consider quality control a high priority. The agency is looking into the matter to determine a possible cause in the manufacturing process,” the statement said.

Guth said it appeared from the roughly 50 smooth-edge dollars he has authenticated that the problem had to do with quality control rather than a mechanical error.

“These coins are struck like normal coins, then they go through another machine that adds edge lettering in another process. These apparently skipped that process,” he said. “We’ve seen a couple of instances where the edge lettering may be weak or indistinct, but we’re not talking about that here.”

The coin’s design has already spurred e-mail conspiracy theories claiming that the religious motto was purposely omitted. That rumor may have started because the edge lettering cannot be seen in head-on photographs of properly struck coins.

The Washington dollars are the first in a series of presidential coins slated to run until 2016. After Washington, the presidents to be honored on dollar coins this year will be John Adams, Thomas Jefferson and James Madison.

The 215-year-old Philadelphia mint, located downtown on Independence Mall, employs about 500 people and last year produced about 7.8 billion coins. The overwhelming majority of error coins are caught by inspectors and melted down.

Bailey said the striking of the Adams coin, expected to roll out in mid-May, will proceed as planned.

“We are adjusting the manufacturing process to try to eliminate the problems,” she said.