I have a friend who lives by a three-word philosophy: “Seize the moment.”

Just possibly, she may be the wisest woman on this planet. Too many people put off something that brings them joy just because they haven’t thought about it, don’t have it on their schedule, didn’t know it was coming or are too rigid to depart from their routine.

I got to thinking one day about all those women on the Titanic who passed up dessert at dinner that fateful night in an effort to cut back. From then on, I’ve tried to be a little more flexible.  How many women out there will eat at home because their husband didn’t suggest going out to dinner until after something had been thawed?  Does the word “refrigeration” mean nothing to you?  How often have your kids dropped in to talk and sat in silence while you watched Jeopardy! On television?

I cannot count the times I called my sister and said, “How about going to lunch in a half hour?” She would gasp and stammer, “I can’t. I have clothes on the line. My hair is dirty. I wish I had known yesterday, I had a late breakfast, It looks like rain. And my personal favorite: -“It’s Monday”.

She died a few years ago. We never did have lunch together.

Because Americans cram so much into their lives, we tend to schedule our headaches.

We live on a sparse diet of promises we make to ourselves when all the conditions are perfect:
We’ll go back and visit the grandparents when we get Stevie toilet-trained.
We’ll entertain when we replace the living room carpet.
We’ll go on a second honeymoon when we get two more kids out of college.

Life has a way of accelerating as we get older. The days get shorter, and the list of promises to ourselves gets longer. One morning, we awaken, and all we have to show for our lives is a litany of “I’m going to,” “I plan on” and “Someday, when things are settled down a bit.”

When anyone calls my ‘seize the moment’ friend, she is open to adventure and available for trips. She keeps an open mind on new ideas. Her enthusiasm for life is contagious. You talk with her for five minutes, and you’re ready to trade your bad feet for a pair of Rollerblades and skip an elevator for a bungee cord.

My lips have not touched ice cream in 10 years. I love ice cream. It’s just that I might as well apply it directly to my hips with a spatula and eliminate the digestive process. The other day, I stopped the car and bought a triple-Decker. If my car had hit an iceberg on the way home, I would have died happy.

Now…go on and have a nice day. Do something you WANT to……not something on your SHOULD DO list.

If you were going to die soon and had only one phone call you could make, who would you call and what would you say?

And why are you waiting?

Have you ever watched kids playing on a merry go round Or listened to the rain lapping on the ground?

Ever followed a butterfly’s erratic flight Or gazed at the sun into the fading night?

You better slow down.  Don’t dance so fast. Time is short. The music won’t last.

Do you run through each day on the fly?

When you ask “How are you?” Do you hear the reply?

When the day is done, Do you lie in your bed With the next hundred chores Running through your head?

Ever told your child, We’ll do it tomorrow And in your haste, not see his sorrow?

When you run so fast to get somewhere You miss half the fun of getting there.

When you worry and hurry through your day, It is like an unopened gift….Thrown away…

Life is not a race. Do take it slower Hear the music Before the song is over.

Two – Remember that we are all in the same boat.

Three – Plan ahead.  It wasn’t raining when Noah built the Ark.

Four – Stay fit. When you’re 600 years old, someone may ask you to do something really big.

Five – Don’t listen to critics; just get on with the job that needs to be done.

Eight – Speed isn’t always an advantage. The snails were on board with the cheetahs.

Nine – When you’re stressed, float a while.

Ten – Remember, the Ark was built by amateurs; the Titanic by professionals.

Eleven – No matter the storm, when you are with God, there’s always a rainbow waiting. 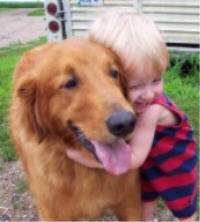 The 26-year-old mother stared down at her son who was dying of terminal leukemia. Although her heart was filled with sadness, she also had a strong feeling of determination.  Like any parent she wanted her son to grow up and fulfill all his dreams. Now that was no longer possible. The leukemia would see to that.

But she still wanted her son’s dreams to come true. She took her son’s hand and asked,  “Billy, did you ever think about what you wanted to be once you grew up?  Did you ever dream and wish what you would do with your life?”

“Mommy, I always wanted to be a fireman when I grew up.”

Mom smiled back and said, “Let’s see if we can make your wish come true.”

Later that day she went to her local fire department in Phoenix, Arizona, where she met Fireman Bob, who had a heart as big as Phoenix. She explained her son’s final wish and asked if it might be possible to give her six year old son a ride around the block on a fire engine.

Fireman Bob said, “Look, we can do better than that. If you’ll have your son ready at seven o’clock Wednesday morning, we’ll make him an honorary fireman for the whole day. He can come down to the fire station, eat with us, go out on all the fire calls, the whole nine yards! “And if you’ll give us his sizes, we’ll get a  real fire uniform for him, with a real fire hat — not a toy one — with the emblem of the Phoenix Fire Department on it, a yellow slicker like we wear and rubber boots. They’re all manufactured right here in Phoenix, so we can get them fast.”

Three days later Fireman Bob picked up Billy, dressed him in his fire uniform and escorted him from his hospital bed to the waiting hook and ladder truck. Billy got to sit on the back of the truck and help steer it back to the fire station. He was in heaven.  There were three fire calls in Phoenix that day and Billy got to go out on all three calls.  He rode in the different fire engines, the paramedic’s van, and even the fire chief’s car. He was also videotaped for the local news program.

Having his dream come true, with all the love and attention that was lavished upon him, so deeply touched Billy that he lived three months longer than any doctor thought possible.  One night all of his vital signs began to drop dramatically and the
head nurse, who believed in the hospice concept that no one should die alone, began to call the family members to the hospital. Then she remembered the day Billy had spent as a fireman, so she called the Fire Chief and asked if it would be possible to send a fireman in uniform to the hospital to be with Billy as he  made his transition.

The chief replied, “We can do better than that. We’ll be there in five minutes. Will you please do me a favor? When you hear the sirens screaming and see the lights flashing, will  you announce over the PA  system that there is not a fire? It’s just the  fire department coming to see one of its finest members one more time. And will you open the window to his room? About five minutes later a hook and ladder truck arrived at the hospital, extended its ladder up to Billy’s third floor open window and 16 firefighters climbed up the ladder into Billy’s room.  With his mother’s permission, they hugged him and held him and told him how much they loved him.

With his dying breath, Billy looked up at the fire chief and said, Cheif, am I really a fireman now?”

With those words, Billy smiled and closed his eyes one last time.