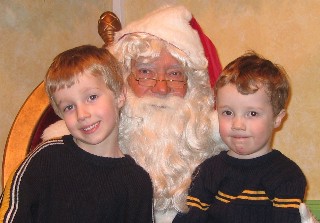 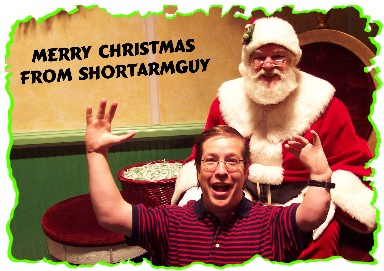 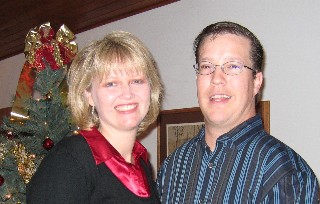 Hakuna Matata! We really hope the Lion King doesn’t offend anyone. We thought we’d try that greeting since we can’t use Christian messages in our Holiday letters anymore thanks to that cease and desist letter we received from the ACLU.

We hope everyone is doing well!! The Swanks are doing great! Some of you may remember last year’s letter where we exclaimed with glee that The Swanks Are Done With Surgeries!! Then we asked God not to spite us for being cocky. Well, we must have annoyed Him a little, because Luke had to get another surgery in May. His re-modeled thumb from November hadn’t healed in six months of trying. Apparently, some of the internal stitches didn’t dissolve and had to be retrieved. The surgery went well and Luke can finally use his new thumb to pick his nose again! Yayyyy!!!

Since we didn’t get to spend as much time in hospitals this year as we might have liked, we ended up doing boring things like going to Disney World and visiting Todd’s dad at the beach on the Gulf of Mexico in Mississippi. Those trips were kind of fun, but nowhere near the excitement of sitting in a hospital praying for one of us to live! Luke and Avery started kindergarten this year, which is nice. Now they get to bring home all sorts of bugs and viruses that we otherwise might not have had the chance to enjoy. They’re both doing very good at school and are learning to read and write. Hopefully, we’ll be able to get them into the workforce very soon so we can start to live off the fruits of their labor.

We did have one really neat thing happen to us this year. The Star Tribune wrote a nice article about Luke and Avery discussing the challenges they’ve endured in life. We were so happy to see an inspirational story written about the boys in the paper. We were certain the first time we saw them in the news it would involve them as the leaders of an international crime ring or something to do with Grand Theft Auto. So this was much better!

We had another nice change this year. We finally were able to drag Sheri off the couch and away from the television set to send her back to work. She’s now a co-worker of Todd’s at Nor-tech. The company moved into a new building this year, which gave them the space to have an on-site Day Care. Sheri helped the company get it started and licensed. It’s nice for Todd to be able to see the family throughout the day and get some love from people at work, instead of the hatred he normally experiences. Luke and Avery love going to Nor-tech and being around the babies. Avery keeps wondering loudly why is it that mom and dad can’t figure out how to make a new baby for us to keep. Todd is still the Director of Marketing for Nor-tech, which had another successful year. The company was named Microsoft’s Most Valuable Partner/System Builder for Fiscal Year 2004. The company was also listed by a trade journal as the seventh largest custom system builder in the country. In her free time, Sheri is helping Todd do some corporate espionage and we’re cooking up one of the largest business scandals Minnesota has ever seen. You’ll probably read about it in the papers soon. We’re calling it Better Than Enron!

Todd also keeps his childish quest for fame alive. He won the first round of the Twin Cities Funniest Person competition, but was crushed in the semi-finals by a young lady with an exposed midriff and belly-button ring. So now Todd refuses to wear any shirts that don’t let his tummy breathe. It’s kind of gross. Shortarmguy.com has had more than 82,000 visitors so far in 2004 and we’ve made approximately $24 in revenue from the site. At this rate, we’ll be rich from the Internet sometime in the year 2143. For some reason, visitors just don’t seem to want to buy thong underwear with Todd’s face on them. People are just too picky!

We fulfilled one of Todd’s lifelong dreams this year by buying the family a new ski boat. It would have been one of Sheri’s lifelong dreams as well if she knew how to swim. Instead, she gets to spend her weekends in sheer and utter terror. Life is beautiful!

All in all, 2004 was a pretty lame year! But 2005 is going to be out of sight!!!! Our goals for the New Year involve three midgets, four dairy cows, and a truckload of butter. But we sure don’t want to bore you with the details.

Please drop us an email some time at Shortarmguy@aol.com or SheriSwank@aol.com.

We wish you a very Merry Christmas and hope your best dreams will come true in 2005!!